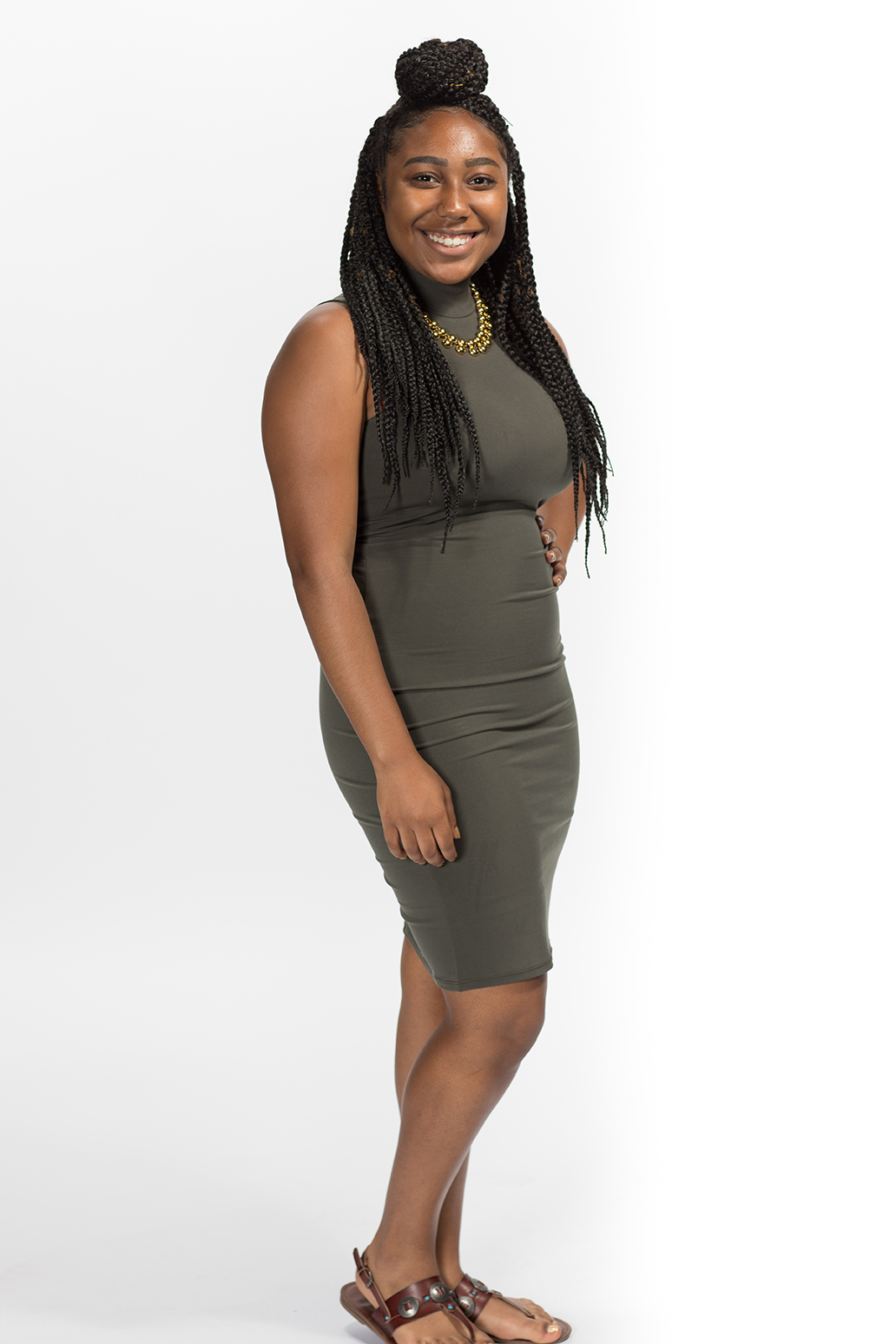 I'm going to Northeastern in the fall and I’ll be majoring in music. I’m thinking of a double minor in French and recording and production.

Definitely. I came to Thayer not knowing what I wanted to do. And then it would change every year. In 6th grade, I wanted to be a marine biologist because I was in Mr. Sirrico's class, and that was amazing. Seventh grade, I wanted to be a meteorologist because we were learning about weather. And in 8th grade, I wanted to be a doctor, because we were learning about the human body. But in high school, when I started getting more involved in music and performing, it was incorporated into my day. I had dance and jazz combo choir in the day, and then the play after school and it just made me realize how much I loved it and that there was nothing I could do that would make me happier than that. I think if I didn't have those resources at Thayer, then I wouldn't have really been able to tap into that.

That's hard. I’ll miss so many things. I think being in the fall musical, specifically. Because in the spring and the play, it's audition-based, so it's the people who always do theater that are there. But in the fall, I remember, in Pippin, we had 130 students participating, the same with Les Mis. And it's people from all different backgrounds. We have people who are more involved in academics, people who are more involved in sports, and people who are more involved in theater, performing, all coming together to put on an amazing show that does so well, and then also the students who come to see it. So I just feel like it's one of the things that really showcases the community aspect at Thayer. There's no separate groups for the jocks or the theater kids or the super-smart kids. Everyone does a little bit of everything, so, I think that's something I'm gonna miss, being in a setting like that.

Honors Chemistry with Ms. Khalili. I really did enjoy it, it was just hard for me to wrap my head around. I never felt like I couldn't get help, though. I made it out with a solid grade because Ms. Khalili always offered extra study sessions each period. Taking the challenging courses helped me learn how to struggle through a class. I feel like taking Honors Chem helped me for AP Bio. I think being able to accept failure and learn how to advocate for yourself from it in a class like that and not feel ashamed about it will help me in college.

I think one of my most challenging teachers was Ms. Hayman for AP Language & Composition, because she expects, as anyone should, a lot from her students. And I came into that class not being really confident in my writing. In the beginning I was struggling and I almost dropped it, but then Ms. Hayman encouraged me to stick with it, and I ended up getting a five on the AP exam. She makes sure that you succeed. I think her class might have been harder than the AP exam.

Hmmm, there are so many books and plays. I feel like I could have one for each year. Freshman year, I really liked reading A Midsummer Night's Dream. Because in the Middle School, we read some Shakespeare, but it was harder to grasp. But when we read it with Mr. Burke, all I could think about was also wanting to be in the play and perform it. One of my dream roles is to play Puck, because he's the comic relief in there, but also wise. It was just a fun play to read and it made me really like reading Shakespeare.

Writing my personal essay in Ms. Hayman’s class. She wanted us to really dig deep and learn how to write about ourselves, which is surprisingly hard. I thought it would be easy to write a couple pages about myself. But it was difficult learning how to write it in a nonfiction storytelling sense, where you take a small moment, expand on it, and then talk about what you learned from it, or how it made you a better person. I wrote about how I was exposed to racism throughout my life and how I  learned how to deal with it. Throughout my entire high school career, I can definitely say that's one of the things I'm most proud of.

I think it was the last show I did with my sister (Felice Cabral ‘17) for jazz combo. One of the last songs we performed was Anagram by Young the Giant, and it's one of our favorite songs. And it was hard to pick up, because it was just really challenging musically. And just seeing everyone being so invested in putting out a really good piece of work that was both technically and emotionally difficult was just amazing.

I did Taekwondo before I went to Thayer, and I received my third degree black belt.