Thayer Academy's sixth annual Professional Women's Networking Event recently addressed some important topics and did so in an energizing and supportive atmosphere which prompted open, honest discussion.
The issue of pay inequity was raised, as were the lessons of the #MeToo movement and the factor of race.
To combat these problems, there were calls to build relationships, recognize and address micro-inequities,, and be bold.
But, above all, there was one simpler message: keep going.
Kathy Horgan P '20, Thayer Academy Trustee and Executive Vice President, State Street Corporation, and Brenda Lyons P '12, '14, '18, Thayer Academy Trustee and Executive Vice President, State Street Corporation, hosted the April 4 event, which was held in the Harborview Room of State Street Corporation in Boston. Head of School Ted Koskores '70 P '10, '13 welcomed guests.
The night's panel discussion — moderated by Kelley Tuthill '88, an award-winning former journalist who now serves as Vice President of Marketing and Communications for Regis College — proved thought-provoking and was definitely one of the highlights of the evening. Panelists included Nicole Carter '07, Software Engineer, Wayfair; Jasmine Hicks '06, Director, Youth Leadership Development, Truth Initiative; Jennifer MacDonald '92, Director of Communications, Americas, LEGO Group; and Jeanine Kelly Murphy P '24, Knowledge Business Director, Health Care Practice Area, The Boston Consulting Group.
Discussion was frank and informative. MacDonald discussed her time in television news, pointing out how women were typically promoted less and paid less than their male counterparts. Carter offered an example of a micro-inequity that existed at one of her workplaces and how that company addressed it.
For the last question of the evening, Tuthill asked panelists what advice they'd give the women of the Class of 2019. Murphy encouraged those women to take the time to build relationships. MacDonald said to explore desired paths in one's 20s, even if those paths may seem "weird" at the moment. Hicks urged the young women to be supportive of one another while Carter advised them to "be you"  and find what makes them most happy. 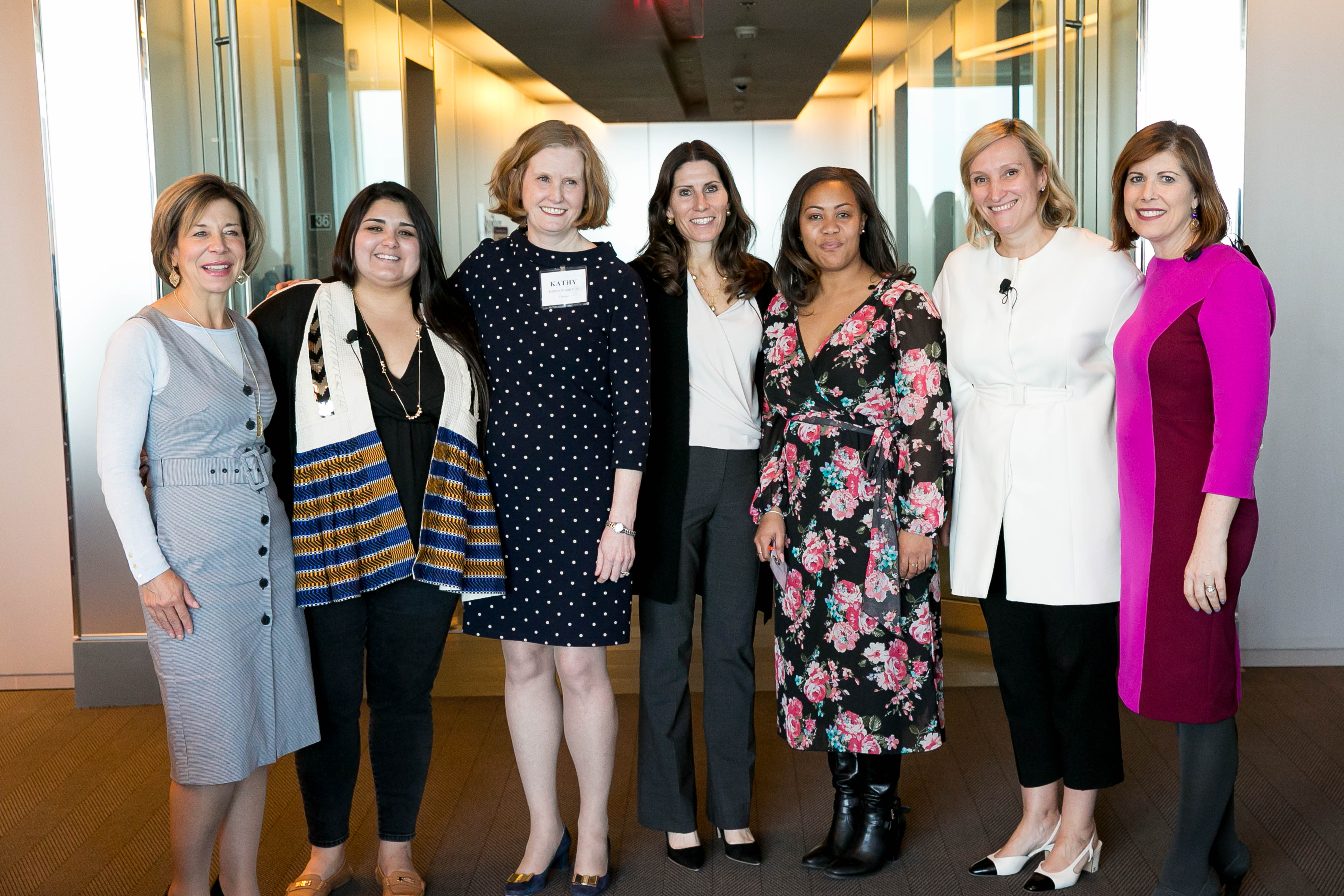 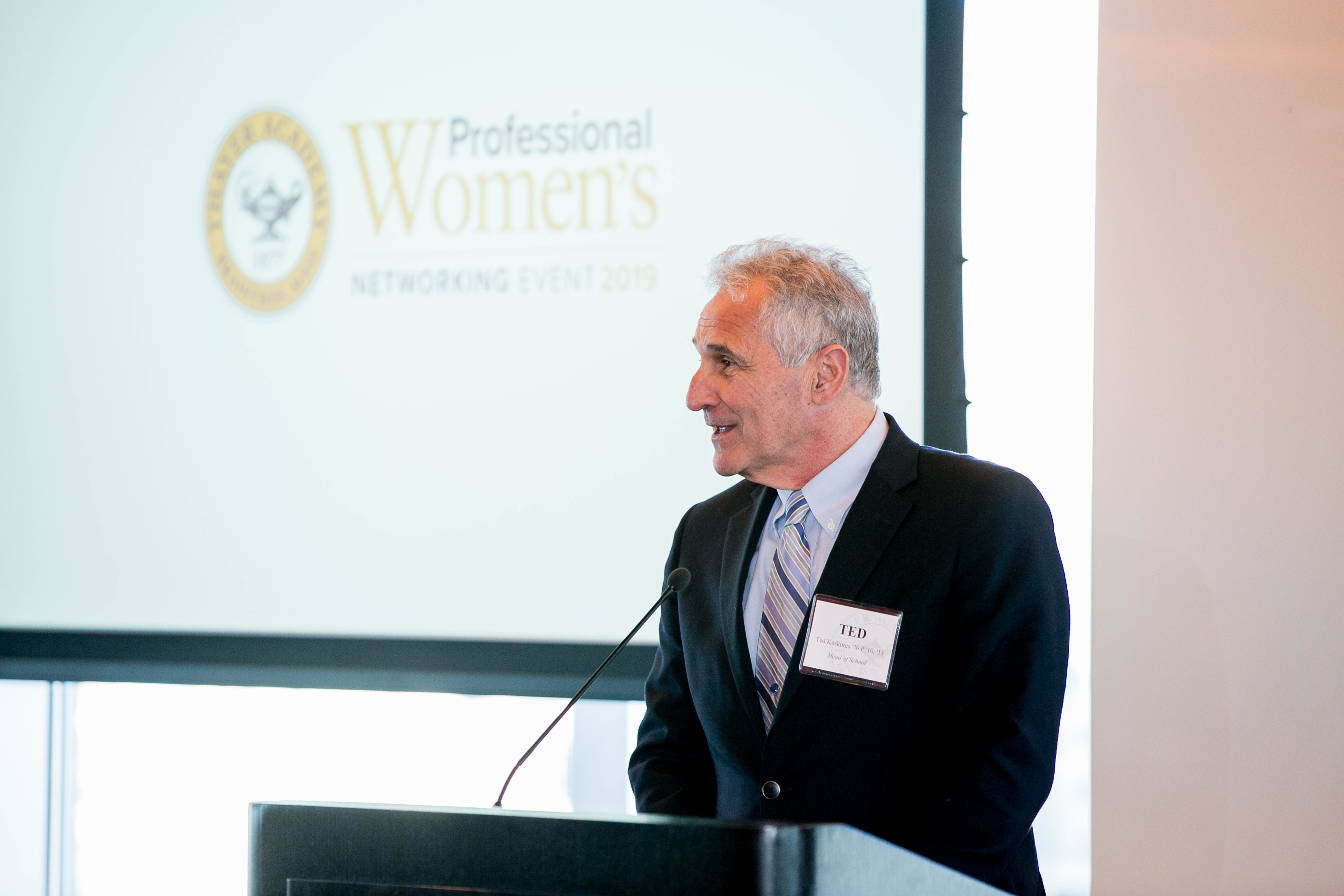 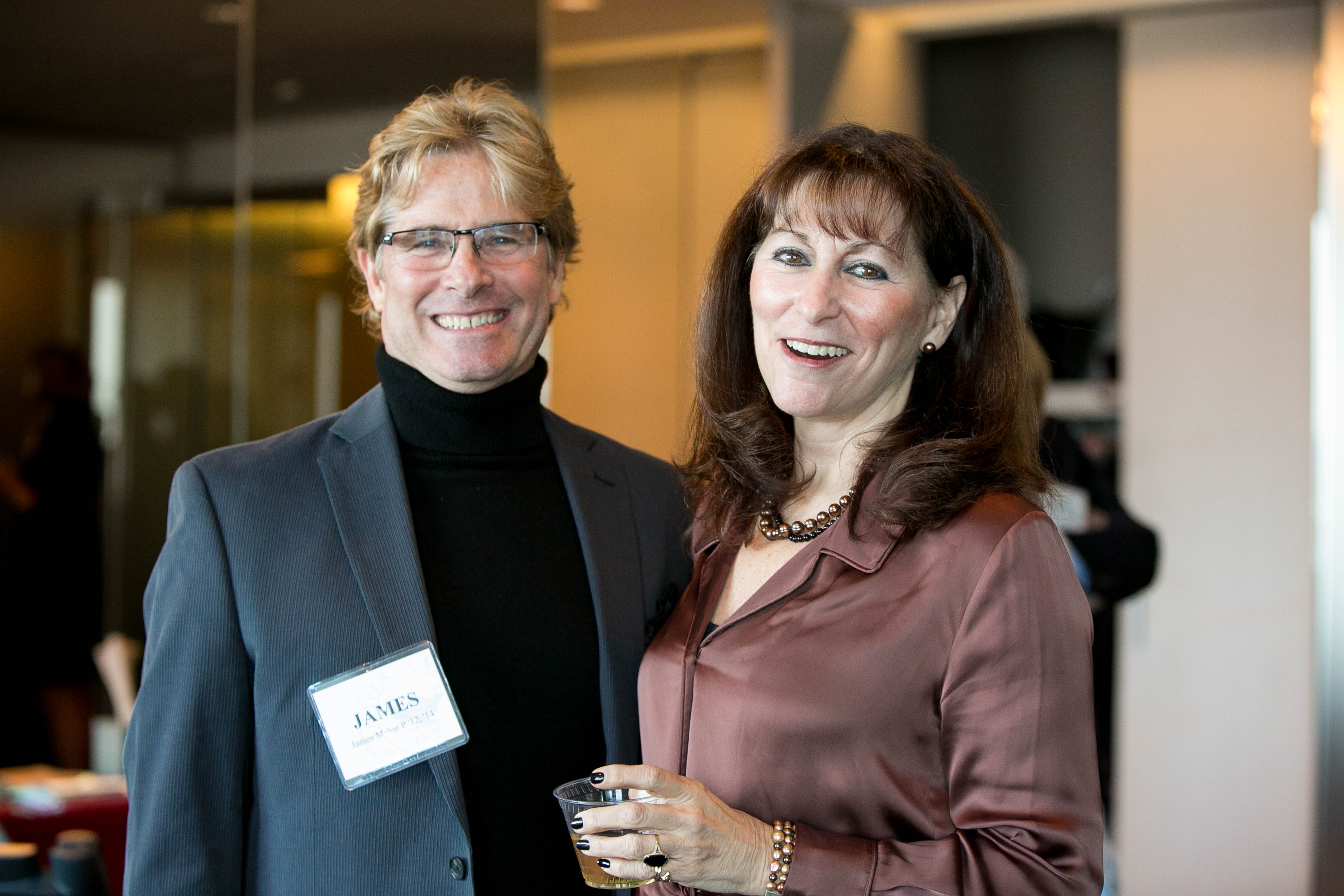