Skip To Main Content
Thayer names baseball field in honor of Justin A. Lloyd '12
May 17 2019

Thayer Academy honored the life and legacy of Justin A. Lloyd '12 Saturday when it named its baseball field in his memory.
In addition, an endowed fund has been established which will provide financial assistance to a deserving student who reflects the Milton native's qualities of humility, kindness, and compassion while also demonstrating "a commitment to academics, athletics, and sportsmanship on and off the field."
Head of School Ted Koskores '70 P '10, '13, called the day "a wonderful opportunity to recognize someone who's very, very dear to us." Several speakers referenced Lloyd's "Rise Above It" motto and his fearless approach to life.
Lloyd, an outstanding scholar-athlete who fulfilled his dream of playing college baseball at Union College before transferring to Boston College to be closer to medical treatment, died of cancer in August of 2017. He was 23.
"It's so fitting to honor Justin in a place that was so special to him," said his father, Ken, on behalf of the entire family, including Justin's mother Jeanne and brothers Jonathan and Jared. "We can't describe how much joy this brings us."
Dedication ceremonies began with a luncheon in Southworth Library packed with family, friends, teammates, classmates, teachers, and coaches, all eager to share memories of Lloyd. There were stories of his walkoff homerun to beat Roxbury Latin, his full-speed dive into a chain-link fence in an attempt to make a catch, and his gutsy pitching performances. There were also stories of how he was always there for those he loved, like the time he ignored his illness and made the trek to Brunswick, Maine, for the Marine Corps commissioning ceremony of Brendan Lawler '12.
Joe Ferrera '12 — a longtime friend who addressed the gathering as did Joe Argus '12, Tom Logue '12, Matt Parent '12, and Michael Shepard — said that Lloyd was drawn to people and vice versa; Justin, he said, was always reaching out in friendship.
"And it didn't matter if you knew him for 15 years or 15 minutes," Ferrera added.
Matt McGuirk '92, former athletic director and Lloyd's baseball coach at the Academy, recalled meeting with Lloyd as he battled his illness.
"I never got to ask him how he was doing because he was too busy asking how I was doing," said McGuirk. "That was Justin."
Family members received Lloyd's jersey (#26) at the end of the luncheon before heading out to the ballfield where Thayer's varsity was already warming up for their game against Brooks (Thayer would win, 5-2). There, on what was the first truly picture-perfect day of spring, Lloyd's brothers unveiled a new memorial scoreboard bearing Justin's name and threw out ceremonial first pitches on what is now the Justin A. Lloyd '12 Baseball Field.
Logan Clancy '20 performed the national anthem. 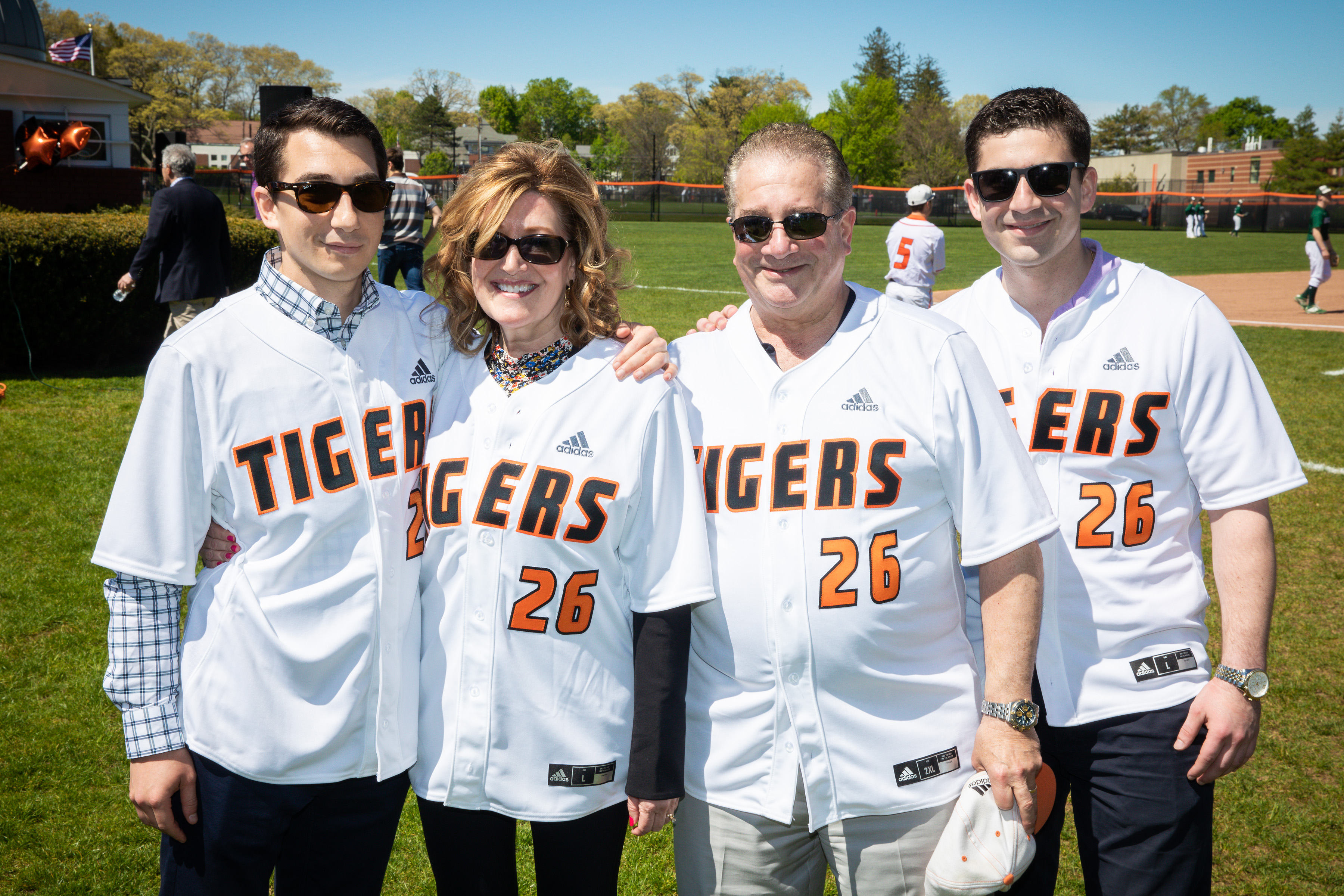 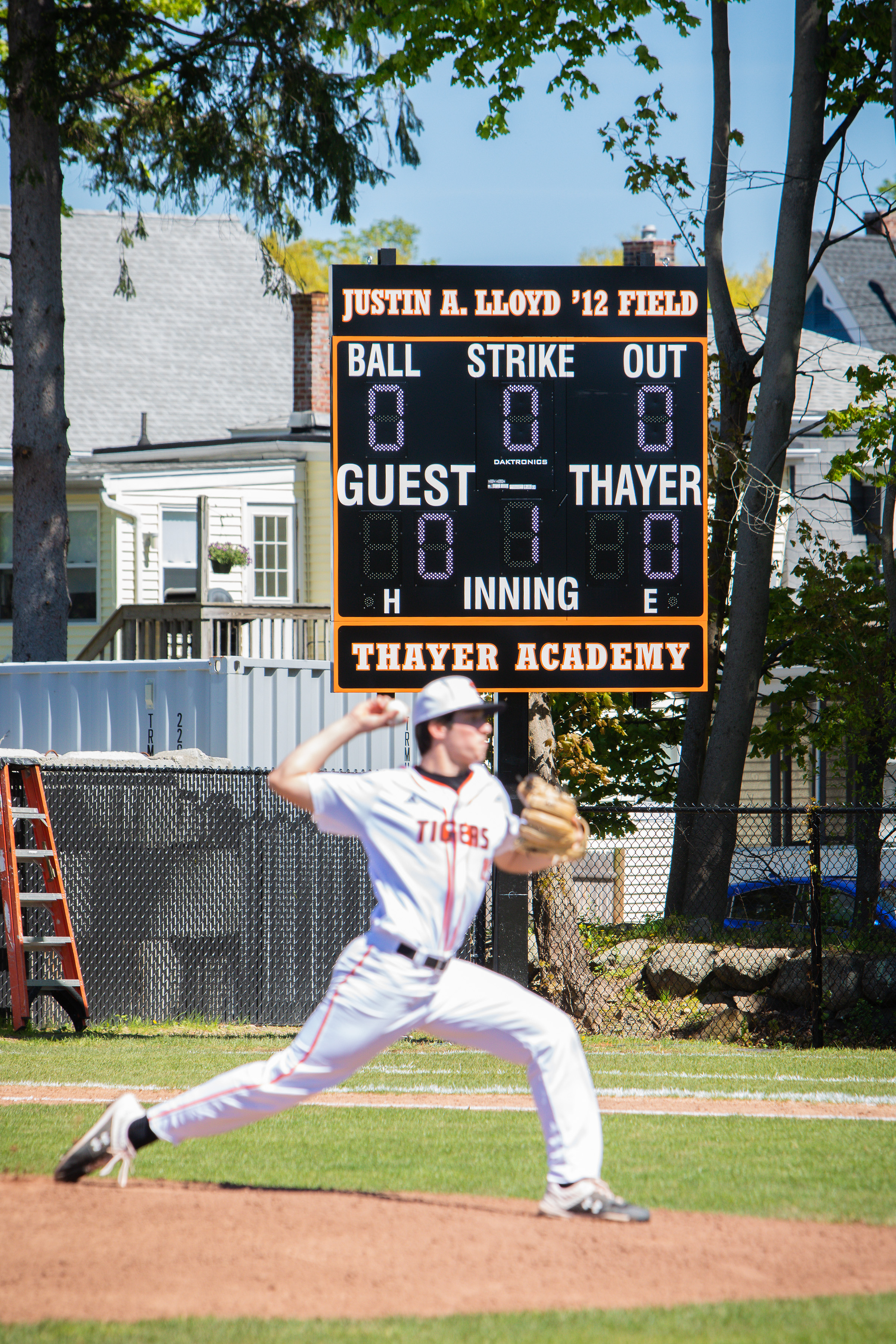 The first official pitch on the Justin A. Lloyd '12 Baseball Field. The new memorial scoreboard can be seen in the background. 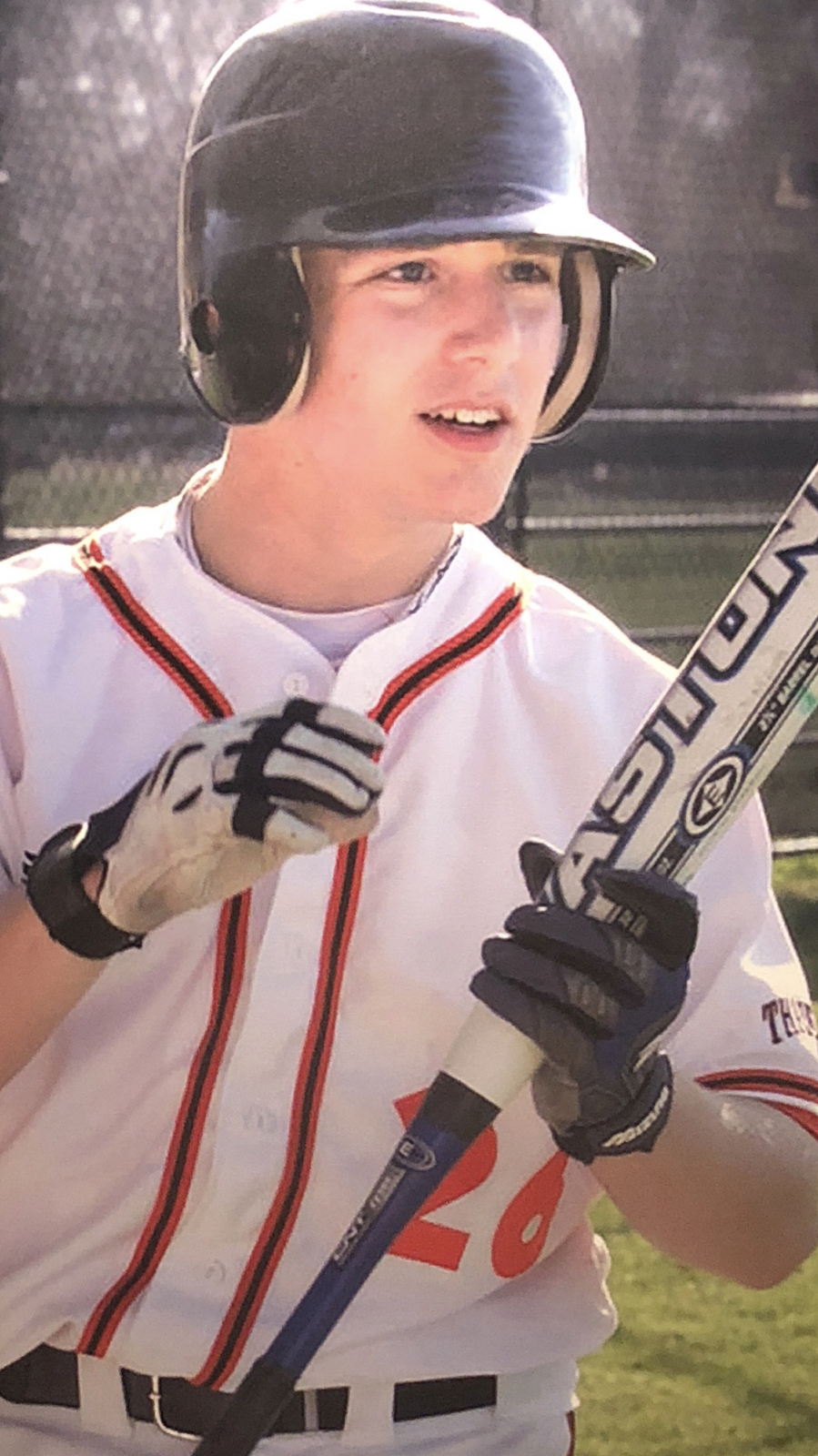 Justin A. Lloyd '12 played baseball at Thayer Academy before continuing his baseball career at Union College. 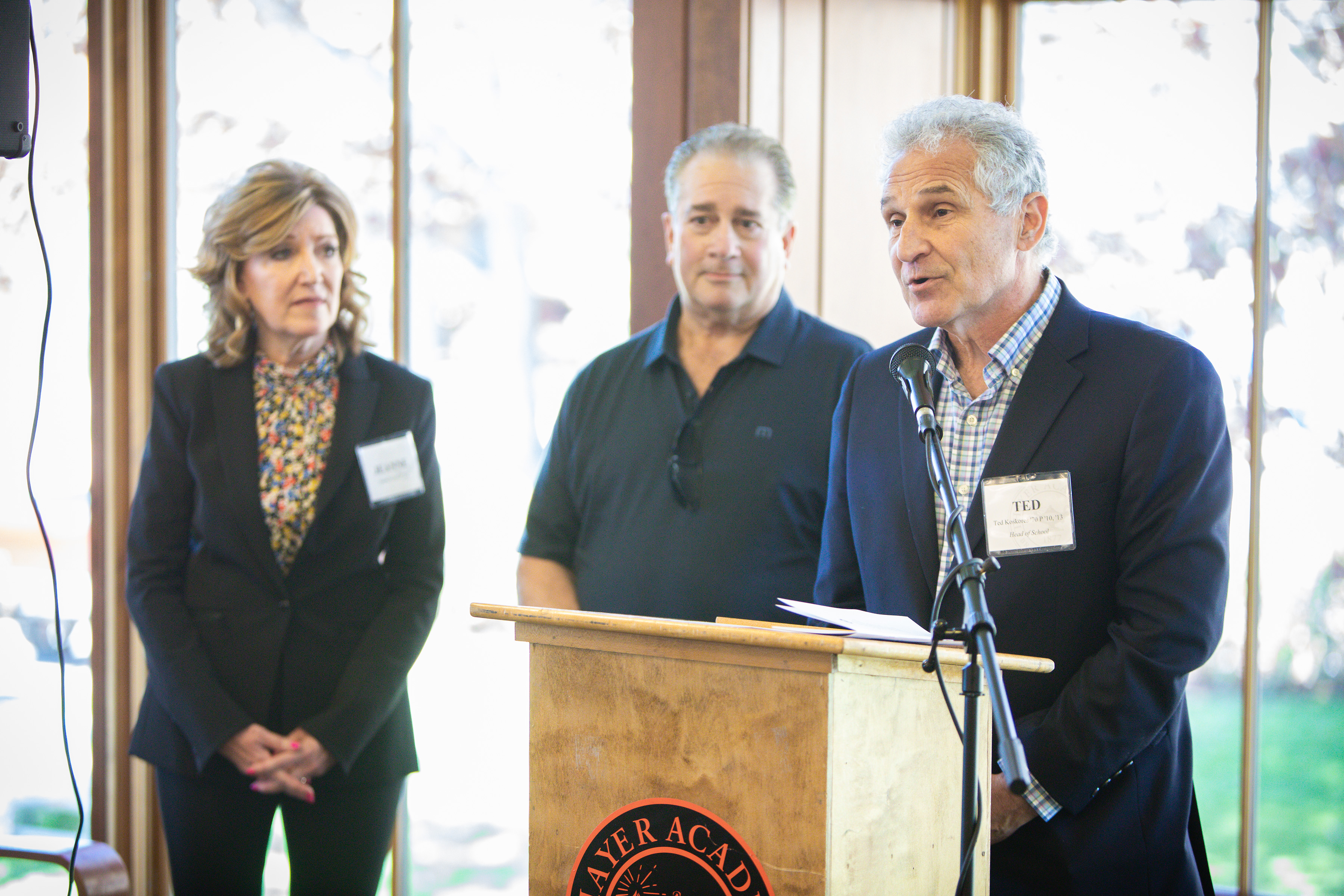 Head of School Ted Koskores '70 P '10, '13 welcomes guests to the luncheon which accompanied the dedication of the Justin A. Lloyd '12 Baseball Field. Joining him are Justin's parents, Jeanne and Ken.