The Thayer Academy Middle School Track & Field team enjoyed a simply stellar day at the state championships held June 1 at Clinton High School. As a matter of fact, the girls' squad earned a new title: state champions.
"I cannot put into words how proud I am of this group of eight girls who bested over 60 other teams in our division, " said Tom Chiari P '22, '22, head coach of both the boys' and girls' teams. It was an amazing day from start to finish, and I'm still having a hard time believing we pulled this off."
Every middle school team from the state — public, private, parochial, etc. — was invited to attend the championships, which break down schools based upon enrollment. The Academy was placed in Division 3 with other schools with under 400 students. Because athletes needed a qualifying standard in order to compete, the Academy brought only seven boys and eight girls to the event.
With 22 points, the boys more than doubled their point total from last year and finished 10th overall. They broke or tied four school records. Highlights included a second-place finish from Mason Lukowski '23 in the long jump (at 17' 7"); a sixth-place finish from the 4X100m relay team of Ty Mainini '23, Seneca Wallace '24, Charlie Gavin '24, and Gabby Guerrero '24; and a fifth-place finish from the 4X400m relay team of Wallace, Ryan Noreke '24, Guerrero, and Mainini.
As for the girls, they scored a remarkable 52.25 points to earn the state championship. Highlights included a fourth-place finish by Tatiana Allen '23 in the discus (with a throw of 61' 3"); a third-place finish in the 100m by Nicole Joffe '23; and a fourth-place finish from the 4X400m relay team of Kylie Bogar '23, Alix Abelard '23, Rose Cairo '25, and Katie Wipf '23. Alenka Cetkovic '23 won the shot put for the second year in a row, and Anya Zupkofska '23 took third place in the turbo javelin.
Chiari, who was in near disbelief when told by another coach that his girls' squad had taken the championship, pointed out that every Academy athlete who competed June 1 scored points for his or her team.
"What great competitors they all are," he said.
The Middle School's track & field program is only in its third year, and this is only the second year that the program has attended these championships.
Chiari thanked all Academy athletes for competing that day. He also thanked their families for supporting them.
For a letter from Coach Chiari detailing the day's events, please click here. 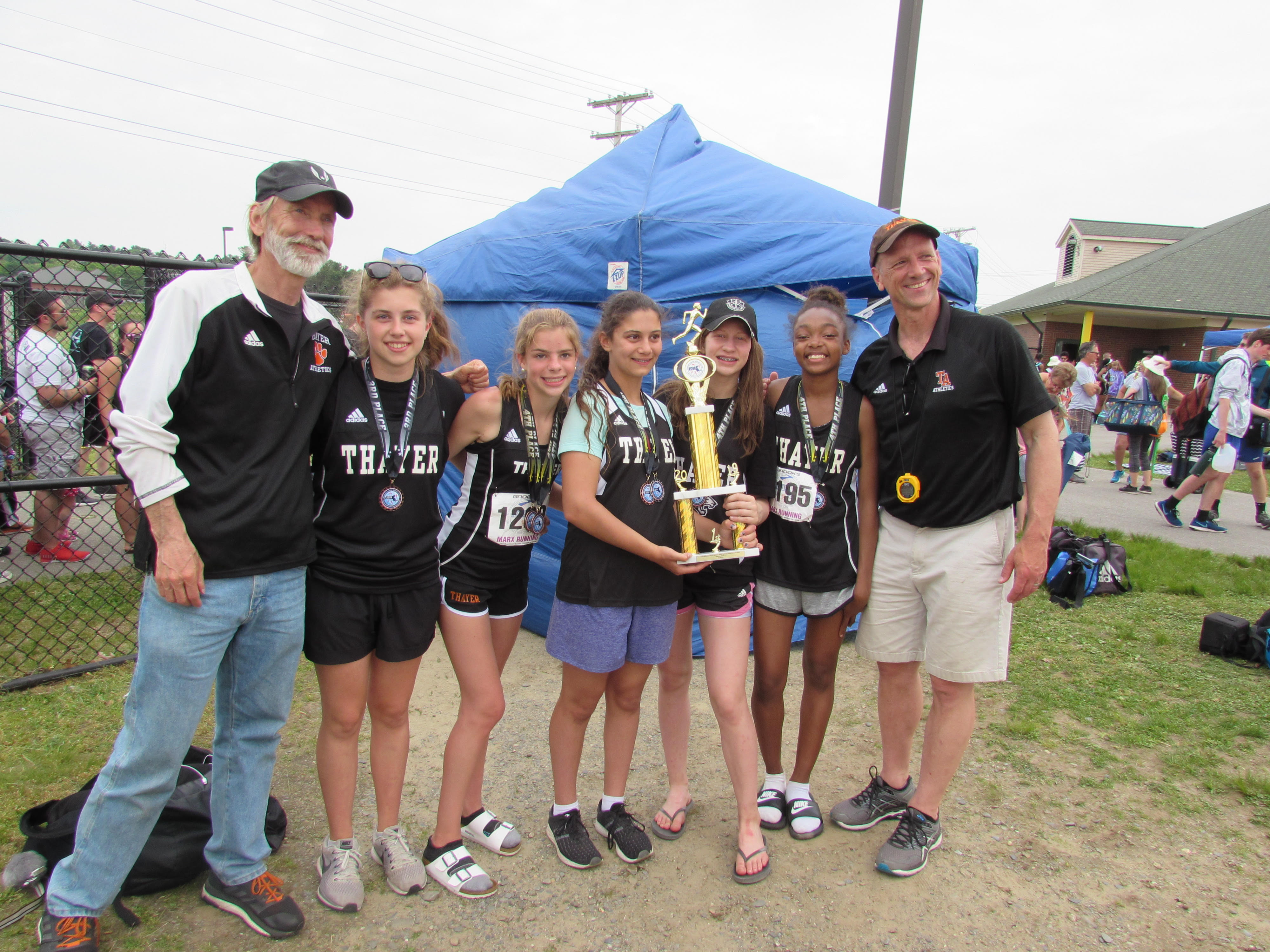 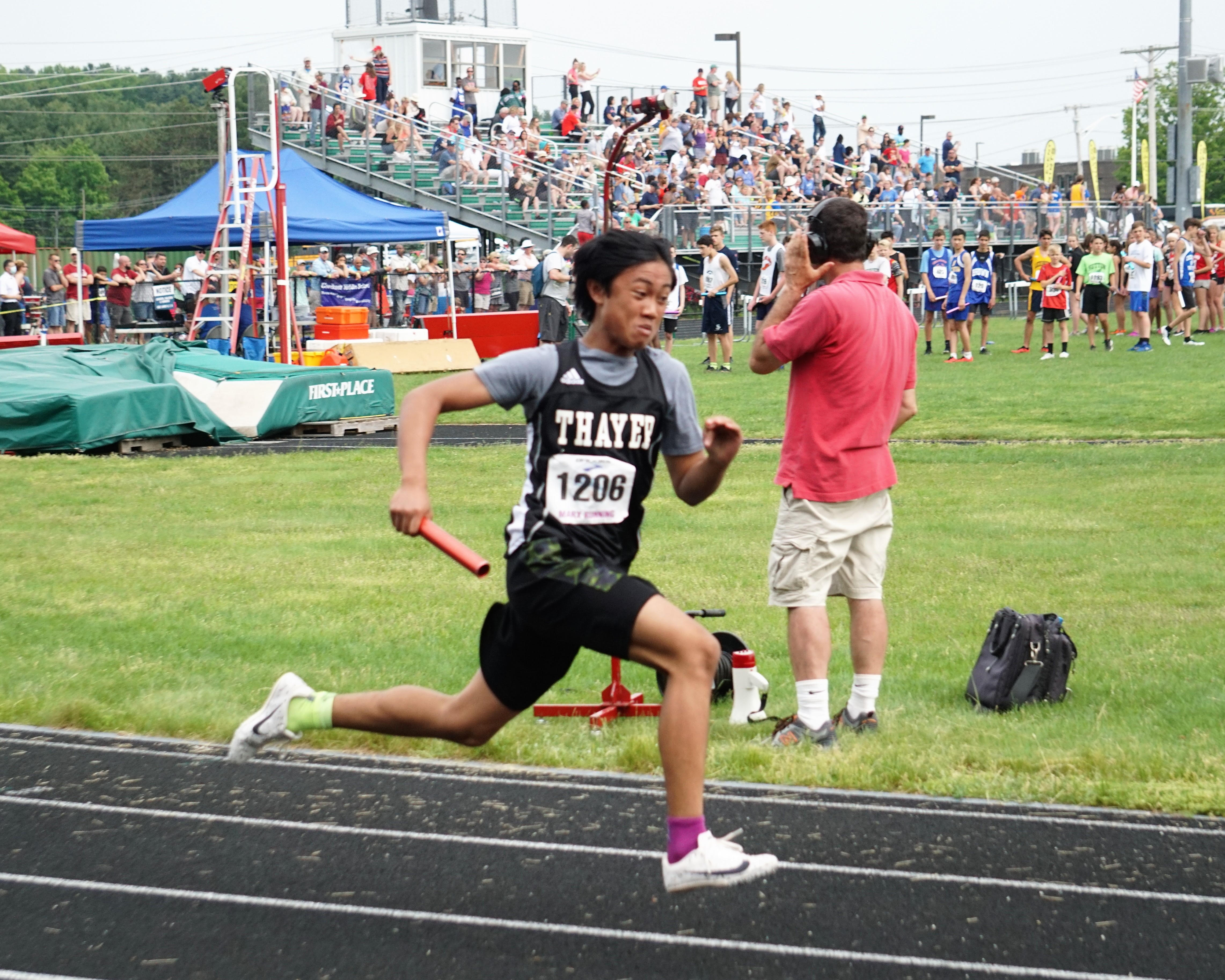 Ty Mainini '23 gives everything he's got during the state championships.