Over 50 student-delegates are enlisted in this year's Model UN activities, preparing for a series of conferences: Princeton (November), Boston University (February), and Nobles (March). The Friday evening "mock" conference proved an effective taste of Model UN dynamics, and the topic lived up to the hunch it would generate heated, vigorous debate.

It's that type of debate that draws Jamie Grillo '21 to the club.

"I tend to read articles about international affairs, and MUNTA allows me to take a hands-on approach to what's happening in the world around me," Grillo said.

Organizers called the night the "best-ever in-house conference" and lauded the students for playing their Model UN roles for nearly five hours on top of that day's academic and athletic commitments. There are plans to stage a similar event in the spring. 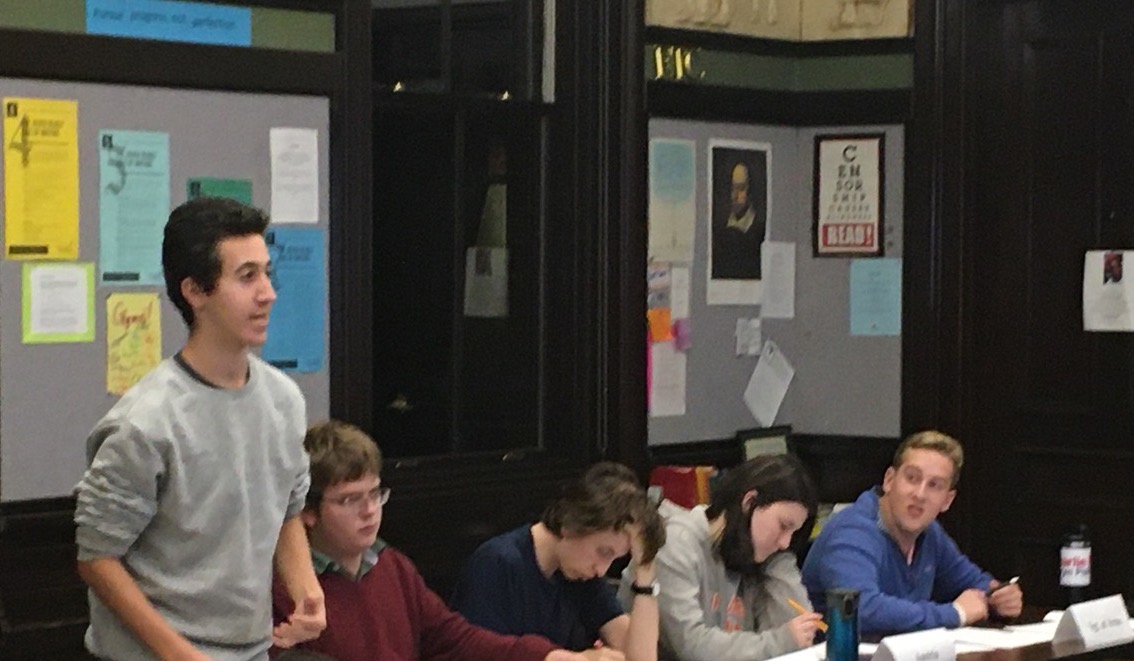 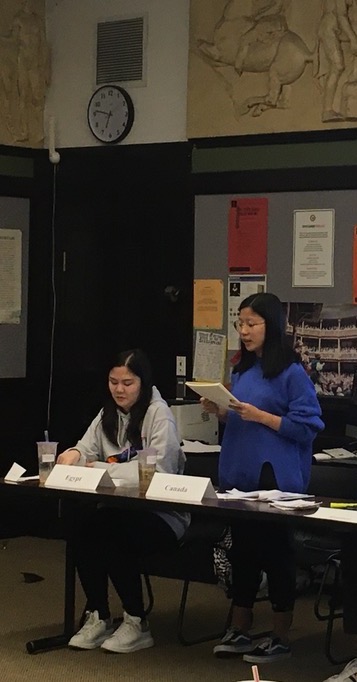 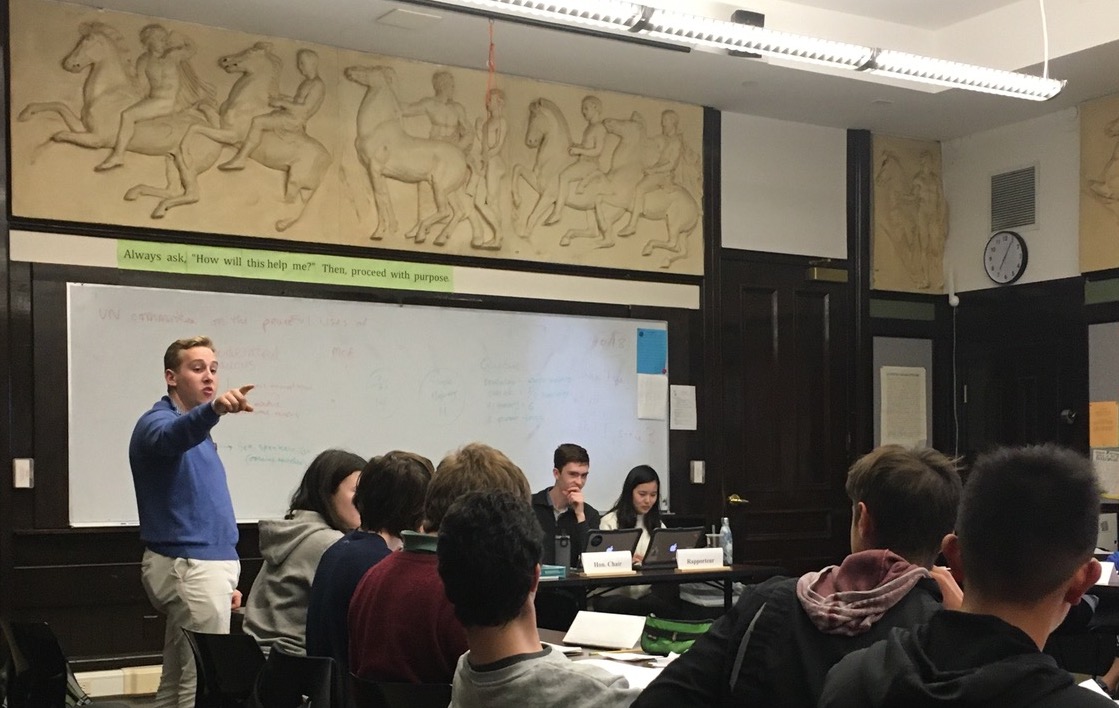 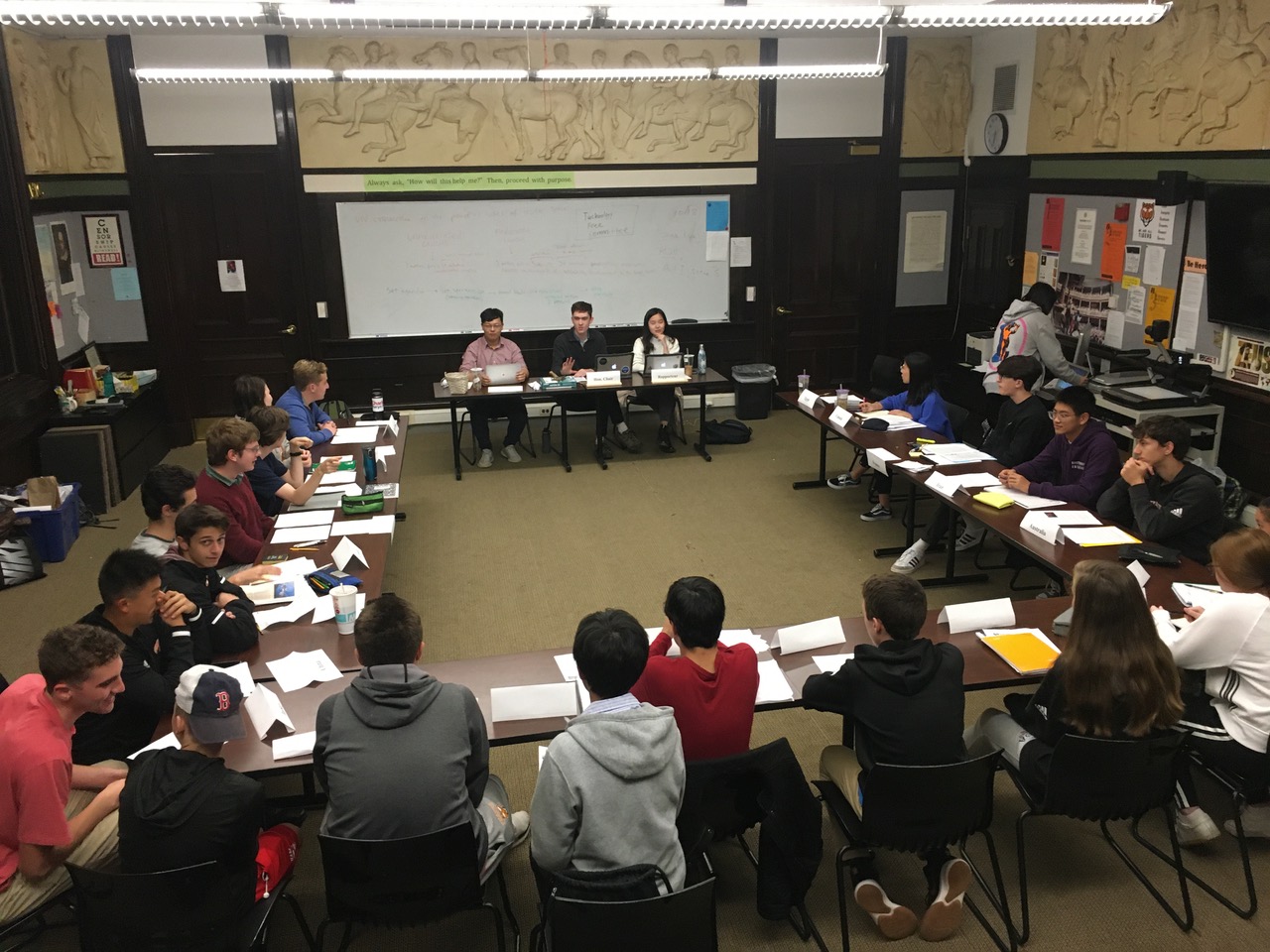