In the summer of 1993, Upper School History Faculty Rob Dixon '79 P '03, '16 created Project RISE as an experimental program for at-risk males.
Some 26 years later, it's safe to call that experiment a resounding success.
From those humble beginnings, Project RISE is now an academic enrichment program for Grades 3-10, serving students in both Boston and the Greater Boston area. Its summer and school-year offerings seek to empower students through challenging coursework, cultural education, and community-building activities.
Many milestones were reached along the way. In 1994, Project RISE became co-ed. In 2002, it created its first high school program, accepting 22 students. And, in the fall of 2017, Project RISE marked a major milestone when it officially became part of Thayer Academy.
The growing program will see further developments in 2019 as Dixon transitions from executive director to a new role as founder and director emeritus. Middle School Counselor Jarvis Wyche will take over as executive director by 2020, and Assistant Admissions Director Brandon Odom '04 will serve Project RISE in the newly created position of admissions and recruitment coordinator.
"It's a natural progression," said Dixon. "It allows me to focus on broader issues, but I'm still here and the mission hasn't changed."
With Wyche and Odom on board, Dixon will concentrate his efforts on more long-term goals such as fundraising and creating partnerships with public schools and public charter schools.
"I was juggling 15 positions, and now I'll focus on four or five," he said with a smile.
For Wyche, the new role gives him another venue to give back, helping to provide young people with life-changing pathways to success similar to the ones given him.
"I'm elated to have this opportunity," he said. "My students will tell you that I love community. That's why I love Thayer Academy. I dive right into community."
Growing up in Petersburg, Virginia, Wyche's singing abilities earned him admission to a performing arts Governor's School (a type of magnet school in Virginia). From there, he received a bachelor's degree from Virginia Commonwealth University and master's degrees from both the New England Conservatory and Northeastern University (in counseling).
Wyche's life changed forever, he said, when a professor at a local university told Wyche's mother about a boys choir and recommended it for the sixth grader. Until that time, Wyche — who said he identifies as an African American and grew up in a Christian household — had literally only heard Gospel music. However, in the choir, he was introduced to Classical music when someone played a piece on the piano.
"I just sat there and listened," recalled Wyche. "It just blew my mind. That moment in sixth grade propelled me to where I am."
Wyche emphasized that, in his training for both Classical music and counseling, mentors and supporters were there along the way to guide him to where he is today. He hopes to provide that same support to others as executive director of Project RISE.
"There are pivotal individuals who essentially saved me from the many challenges that existed in that environment (growing up)," said Wyche. "That's where this passion for counseling was birthed."
Odom knows Project RISE first-hand, having been a student in the program during the summer before eighth grade.
"It became much like my family," Odom said. "That program sparked my interest in coming to Thayer."
Originally from Dorchester, Odom enrolled at the Academy as a ninth grader and never looked back. He played basketball, competed in track & field, was one of the first singers in the jazz combo, and was class president his junior year.
"I'm super-excited because I'm a product of Project RISE," he said. "I know what it means to be a student from the city and come to a campus like Thayer."
Both Wyche and Odom said they would lean on Dixon for his valuable experience.
"Rob's passion is evident," said Wyche. "it reminds me a lot of those people who helped me. The program is a success because of Rob — his tears, his muscle, his investment."
Odom echoed that idea.
"I think that, going in, it will be about learning the position, learning Project RISE from the other side, but, ultimately, it will always be about continuing the work that Rob has done."
Project RISE stands for "Respect, Integrity, and Success through Education." Approximately 70 percent of students come from the Boston Public Schools. More than 60 percent of those enrolled in the program come from single female-headed households. More than 100 Project RISE alumni have graduated from a four-year college.
For more information, visit www.thayer.org/projectrise. 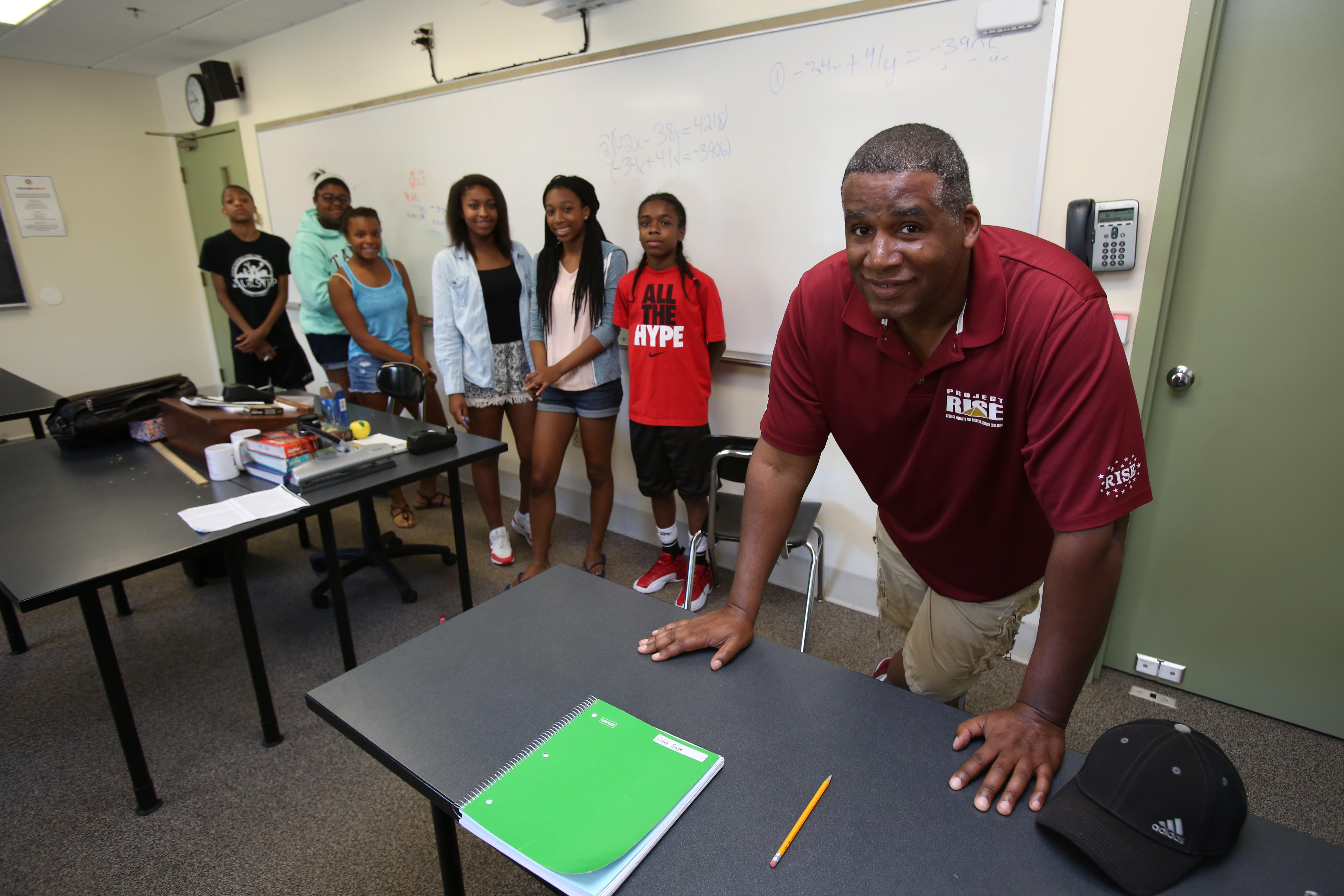 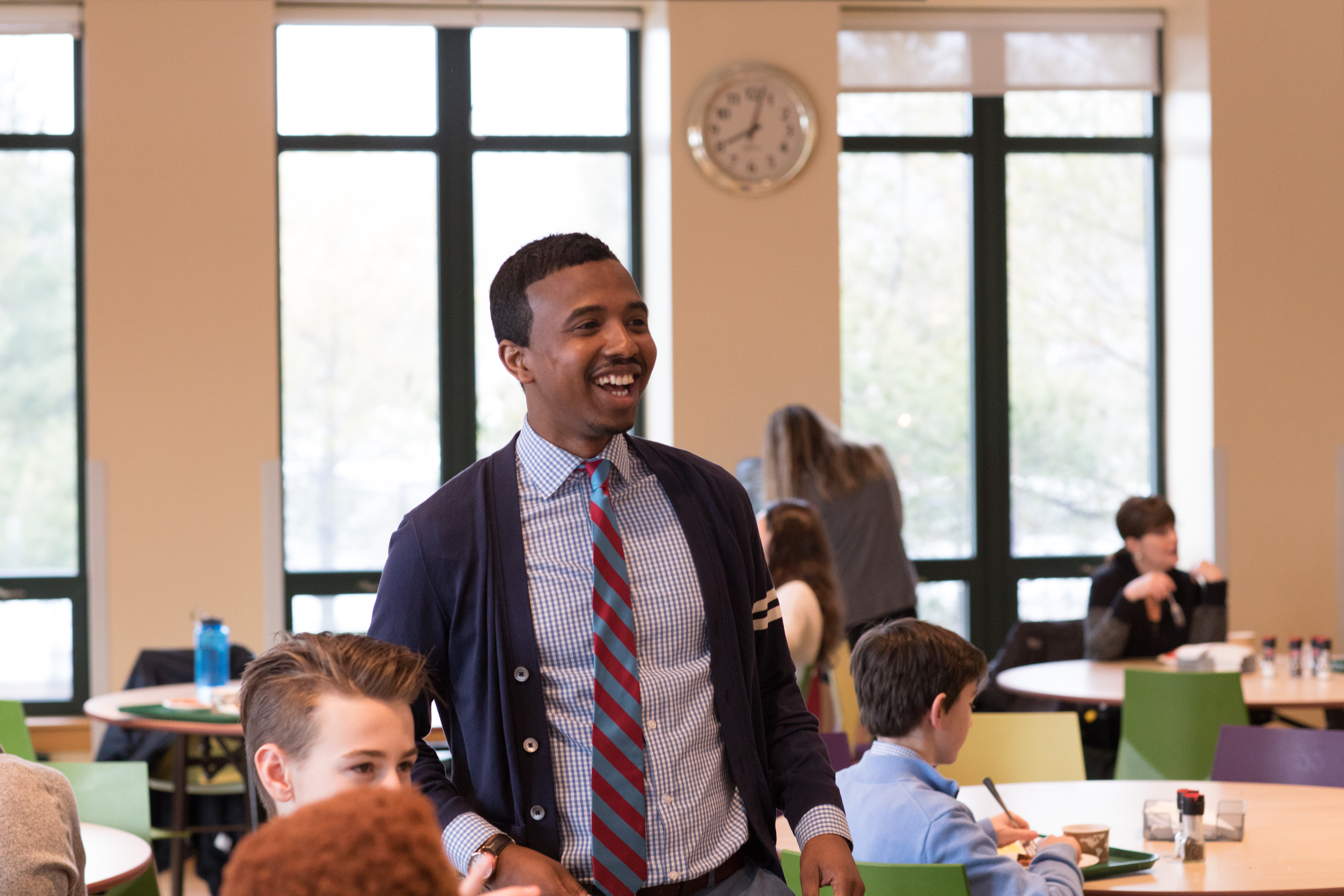 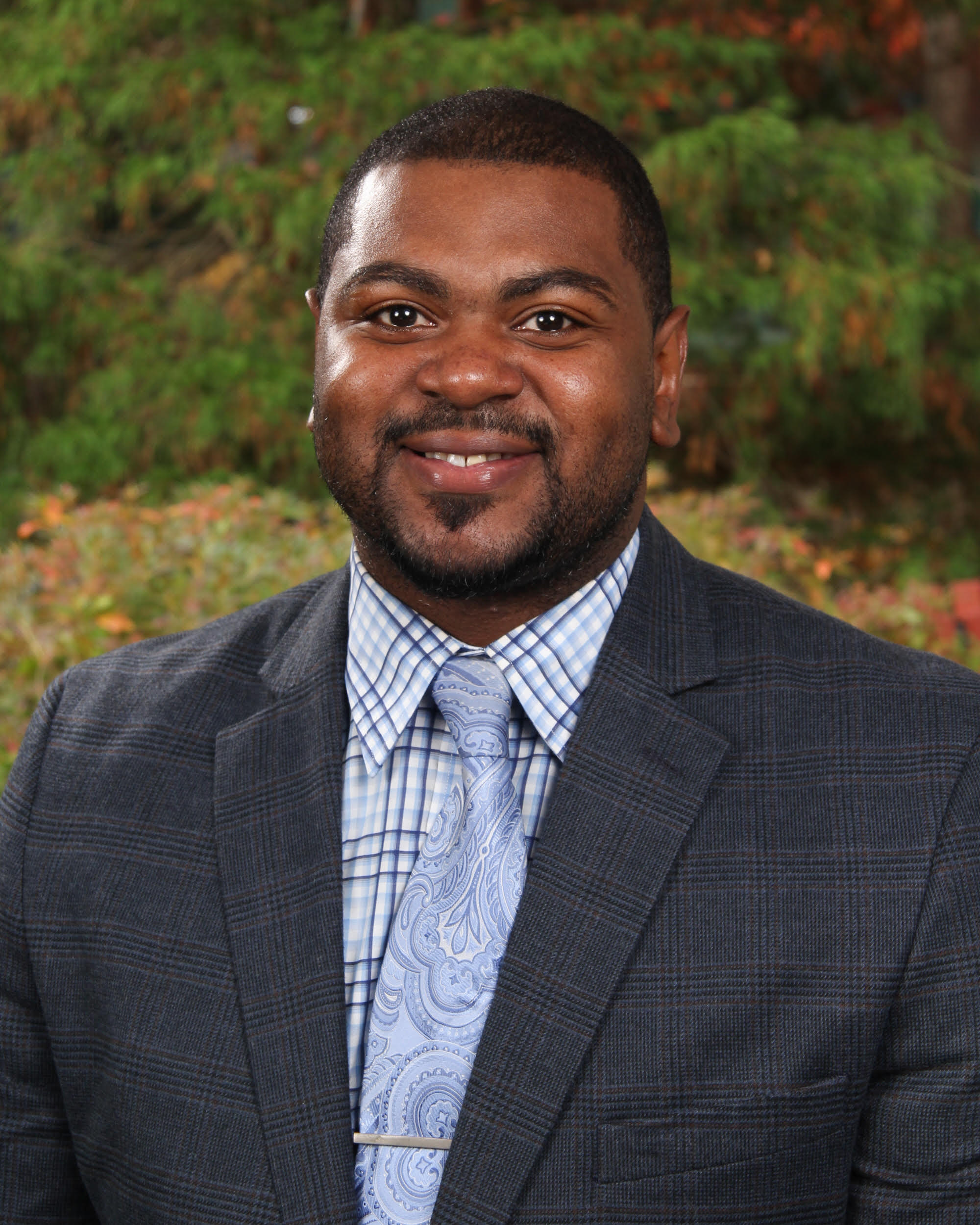