Thayer Academy Middle School caught "Chess Fever" this spring, and the only cure was a year-end tournament with more than three dozen players.
"It was pretty amazing to witness, actually," said MS Math Faculty Emmett Knox '04, whose initial curiosity about one of the world's oldest board games sparked the campus craze.
The story actually begins in the winter when Knox, trying to learn the game himself, brought a chessboard into school. Almost immediately, he said, students took an interest and began playing.
That, in turn, led to Knox's decision to start a chess club.
"It was very popular and successful," he said.
In fact, the club was so successful that it had more applicants than Knox could reasonably accept. This led to yet another idea: a school-wide tournament.
Overall, 44 students signed up. Some were beginners, and some were quite accomplished players. To give those just learning to play some initial success, Knox divided players into beginner-level and advanced-level groups with a World Cup-style group stage. Group winners then advanced in a bracket-style tournament until only two players — Henry Stepanyants '23 and Drew Garelick '24 — were left.
Stepanyants and Garelick squared off in front of an enthusiastic and supportive crowd in Thompson Hall — that is, until the lunch bell rang. After the lunch break, Stepanyants earned the victory in what Knox described as "a very close match."
The success of both the club and the tournament has given Knox yet another idea, and next year he is hoping to start a competitive chess team.
According to the Encyclopedia Britannica, chess can trace its roots to the 6th century in India. For more information about the ancient game, please click here. 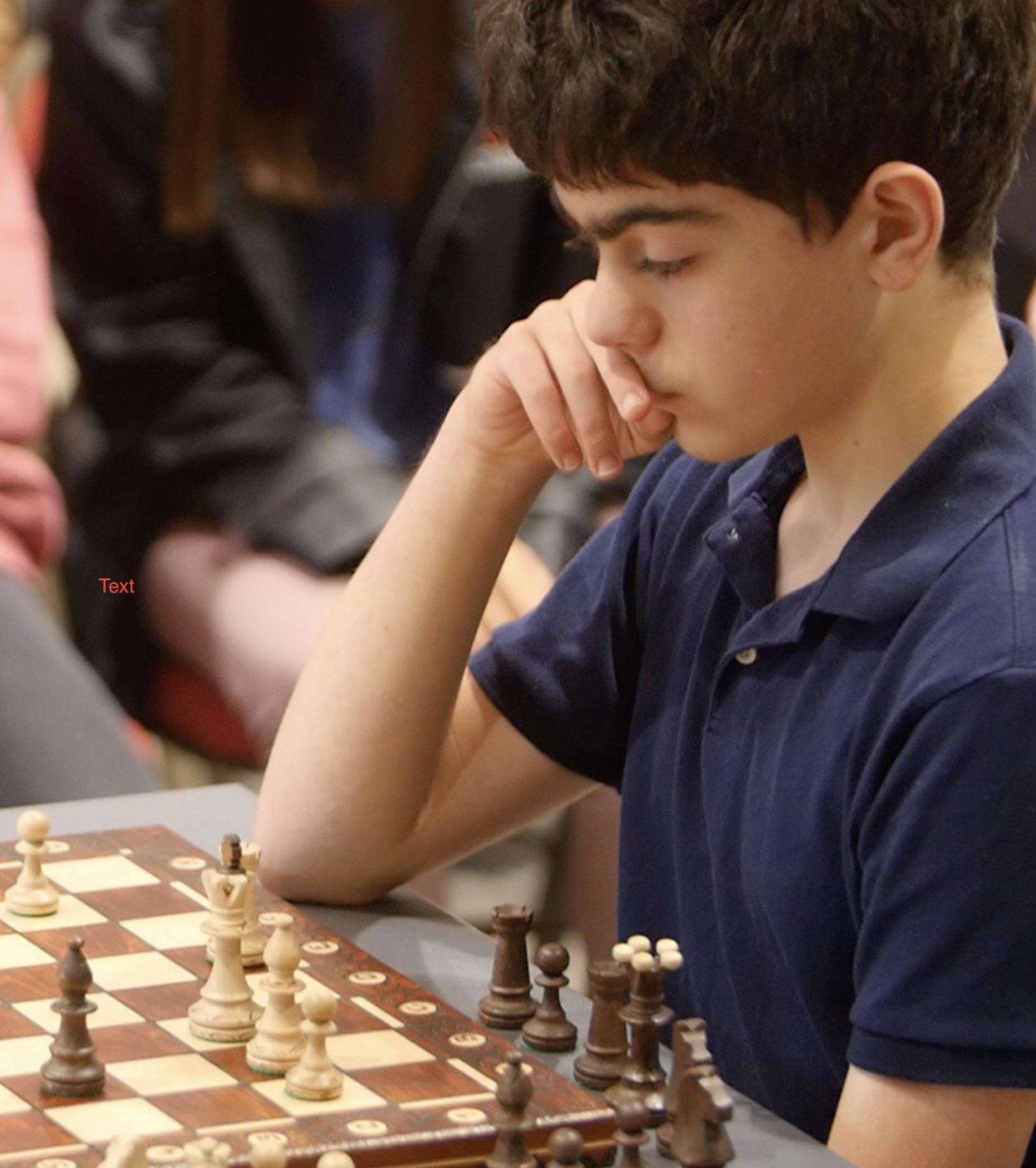 Henry Stepanyants '23 is deep in thought during the Middle School's chess tournament. 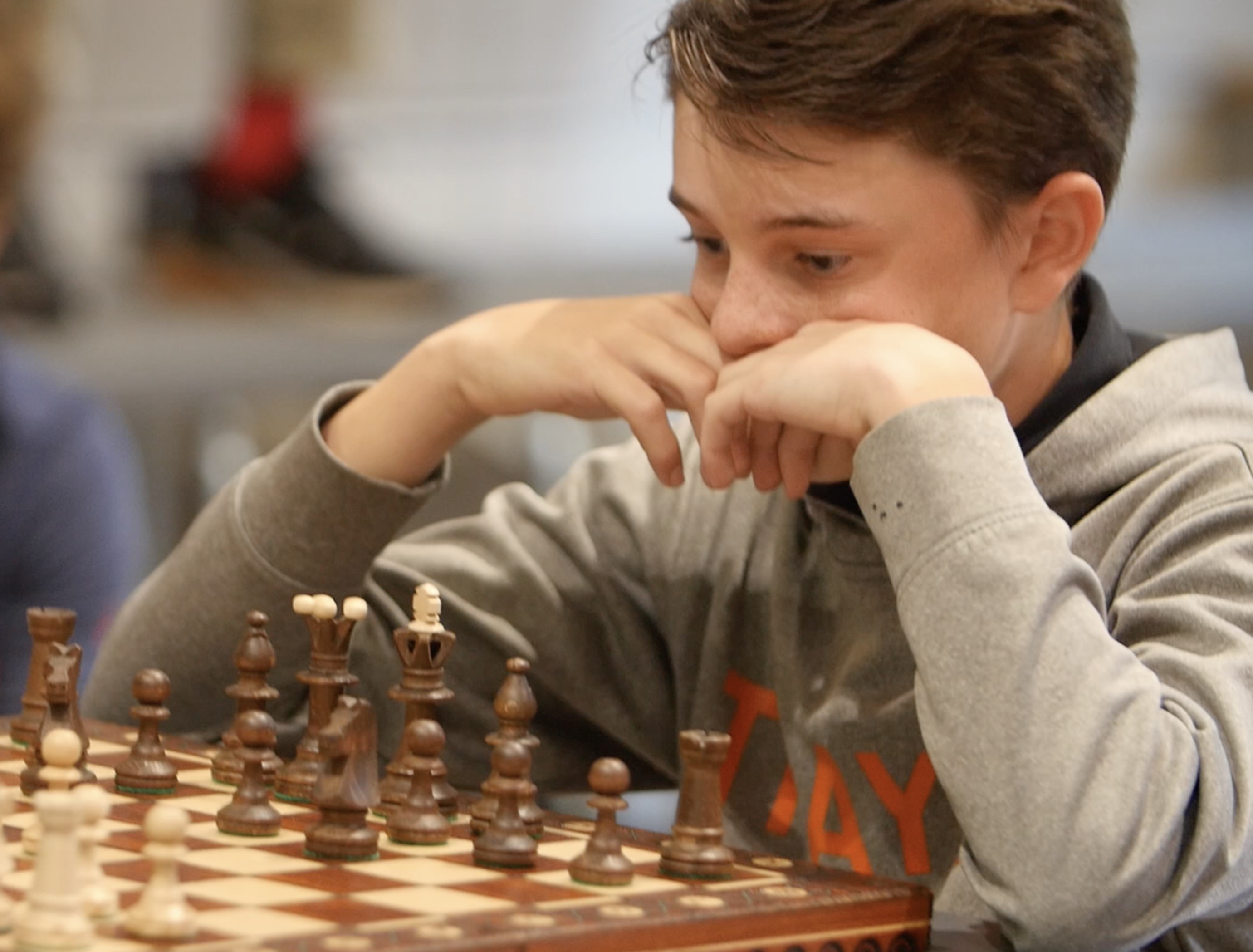 Drew Garelick '24 ponders his next move. 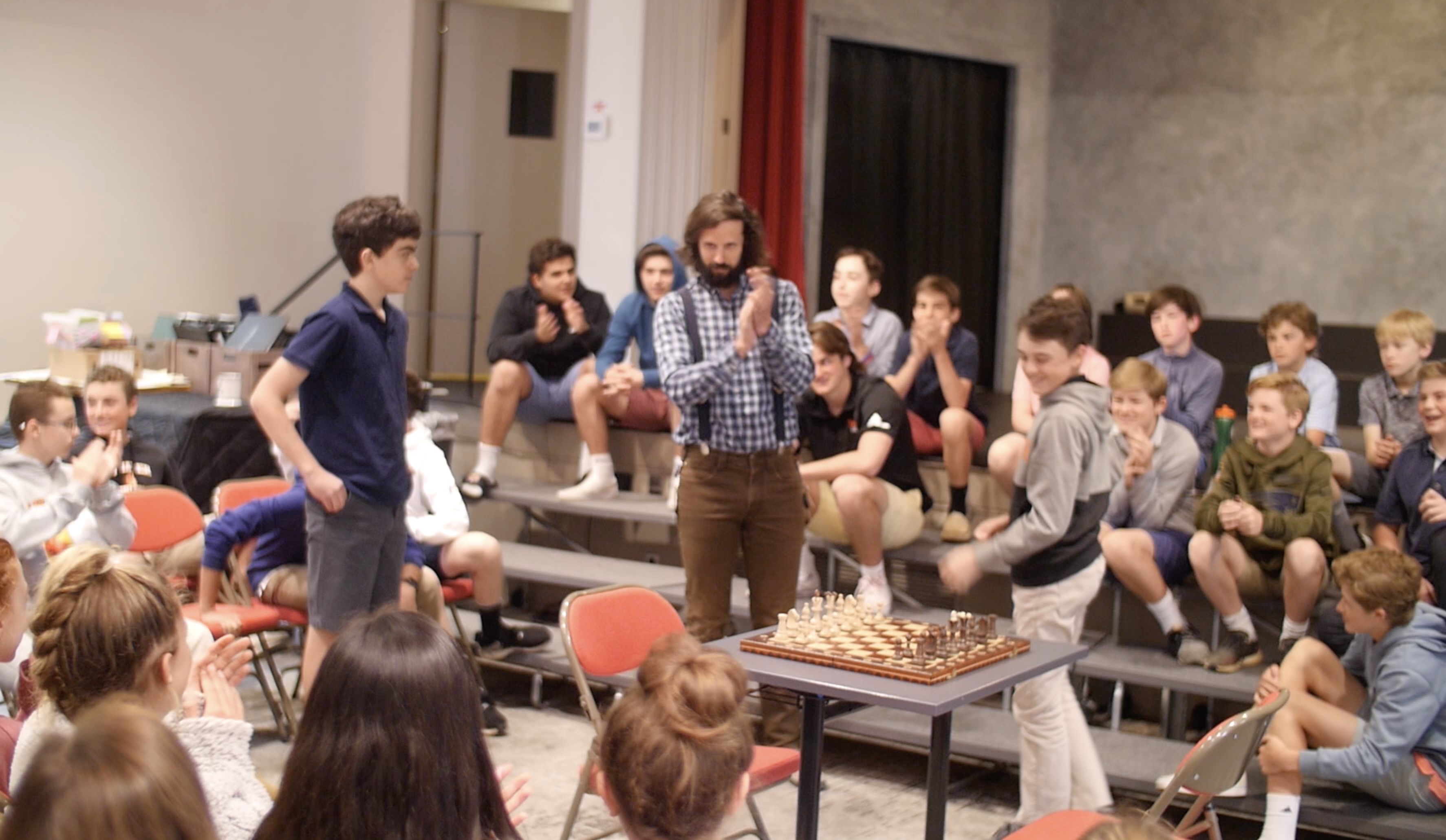