The fourth annual Bailey-King Author Series saw Mira T. Lee read passages aloud from her debut novel Everything Here Is Beautiful, a story of family, mental illness, and relationships told from multiple perspectives. She gave voice to three of those characters — Miranda, Manny, and Lucia — just as she had in the pages of her book.

And for Lee, discovering those individual voices is exactly the point.

"Writing fiction really is an exercise in empathy," Lee told the appreciative crowd Tuesday night in Southworth Library, adding that her book seeks "a 360-degree look at mental illness and its effects on families."

As this year's visiting author, Lee spent two days on the Thayer campus talking to Upper School students in a number of classes. She discussed her writing process (which includes writing at least 300 words per day) and provided practical tips on crafting characters, ratcheting up conflict, and developing backstory. In several classes she asked students to imagine an argument between two people and then write from each person's point of view.

A Cambridge resident whose "day job" is still graphic designer, Lee made plain that, growing up and even into adulthood, she never considered herself a writer. A biology grad student? Yes. A pop-country drummer? Absolutely. A fanatic for Salsa dancing? Most certainly, but never a writer.

That changed in Lee's mid-30s when her mother, relapsing a fourth time in a battle with leukemia, announced to the family that she was, in Lee's words, "done" with medical treatments. Lee found the short, intense time that then preceded her mother's death sad, tragic, and meaningful but also, at times, hysterically funny, oddly mundane, and fairly dysfunctional. It was the profound desire to capture this time in writing that gave birth to "While We Waited," her first published short story. Another short story, "I love You Like a Brother," contained several of the same characters now found in her debut novel.

"I just remember ping-ponging through these various emotions, and it fascinated me," Lee said of that period with her mother. Later, she told the audience: "Sometimes, as writers, we choose our stories, but more often our stories choose us."

Writing from her own experience but using the power of fiction to explore a variety of situations, Lee created a world for her characters. It took roughly 10 years, 90,000 words, and four drafts before Everything Here Is Beautiful was published in 2018. It was selected as a Top 10 Debut by the American Booksellers Association and named a Best Fiction title of 2018 by Amazon, O Magazine, and the the Goodreads Readers Choice Awards, among others.

"It's my story, and I wanted to see it reflected in literature," she said.

If you would like to contribute to the Bailey-King Author Series endowed fund, please click here and include "Bailey-King" as your gift designation. 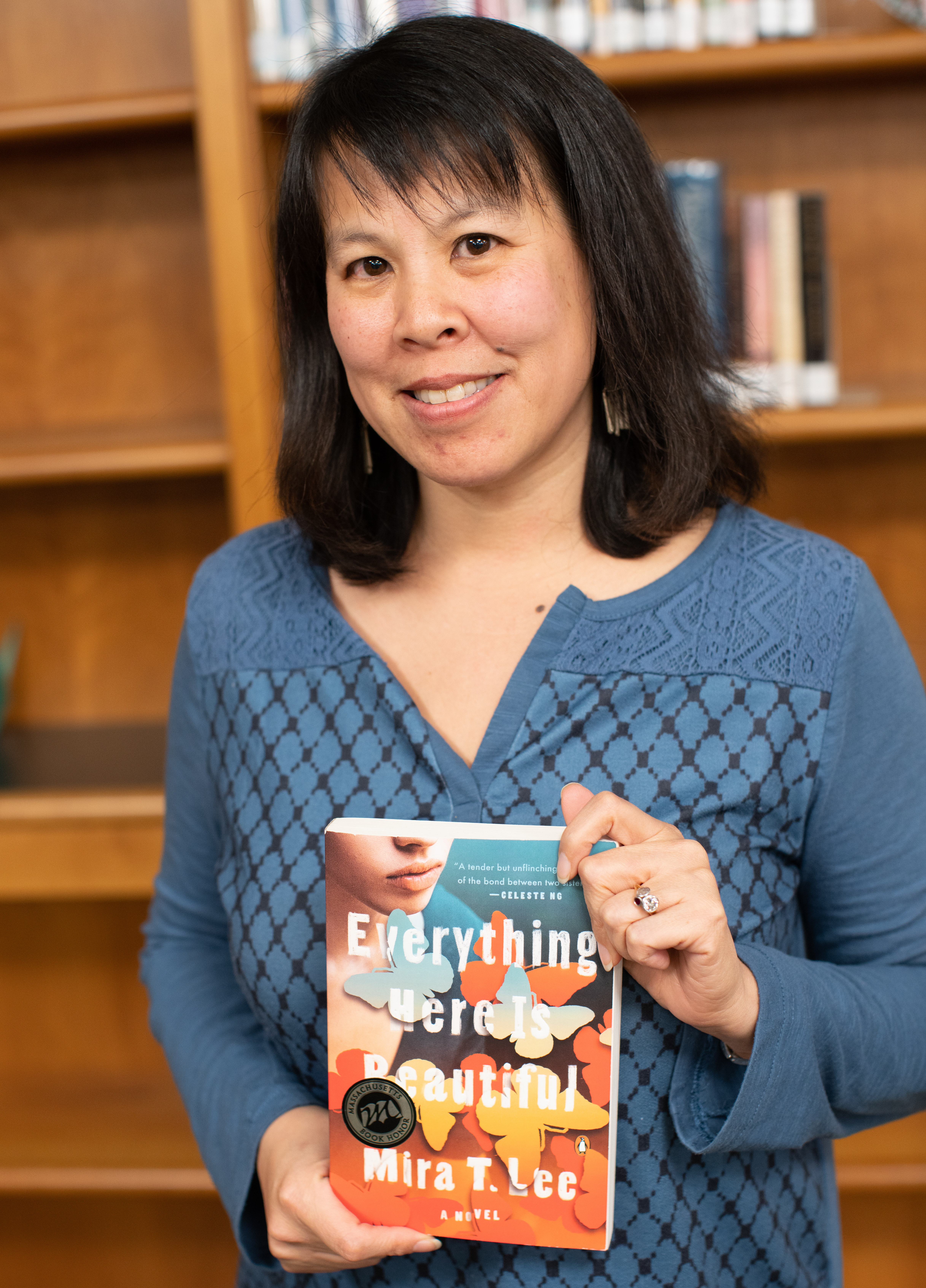 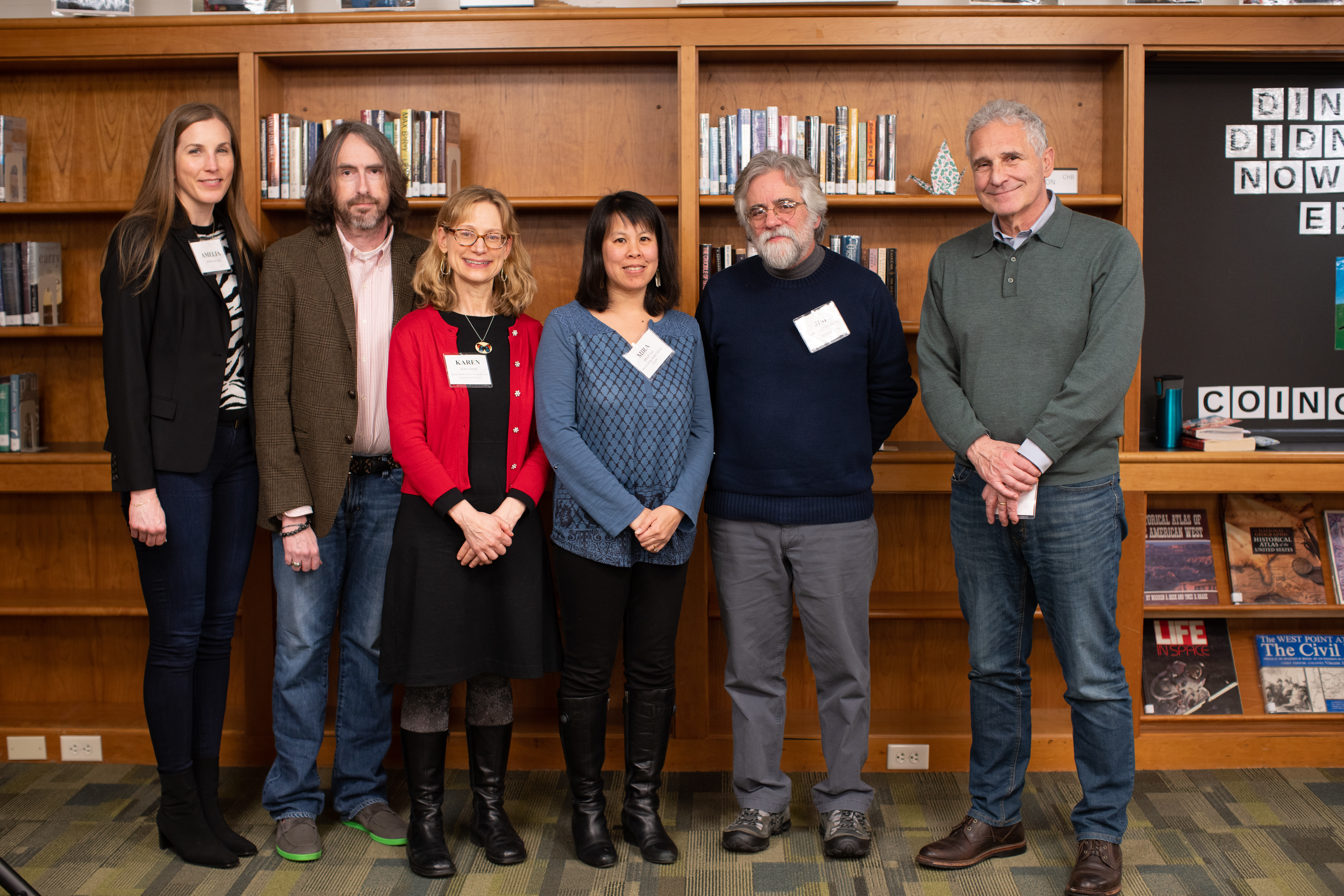 The fourth annual Bailey-King Author Series was the most well-attended yet. From left are: Amelia and Todd Slawsby '88, whose generosity created the series; US History Faculty Karen Jersild, Assistant Director of the Benelli Writing Center and Director of the BKAS; guest author Mira T. Lee; English Faculty Jim King P '01, '04, '06; and Head of School Ted Koskores '70 P '10, '13. 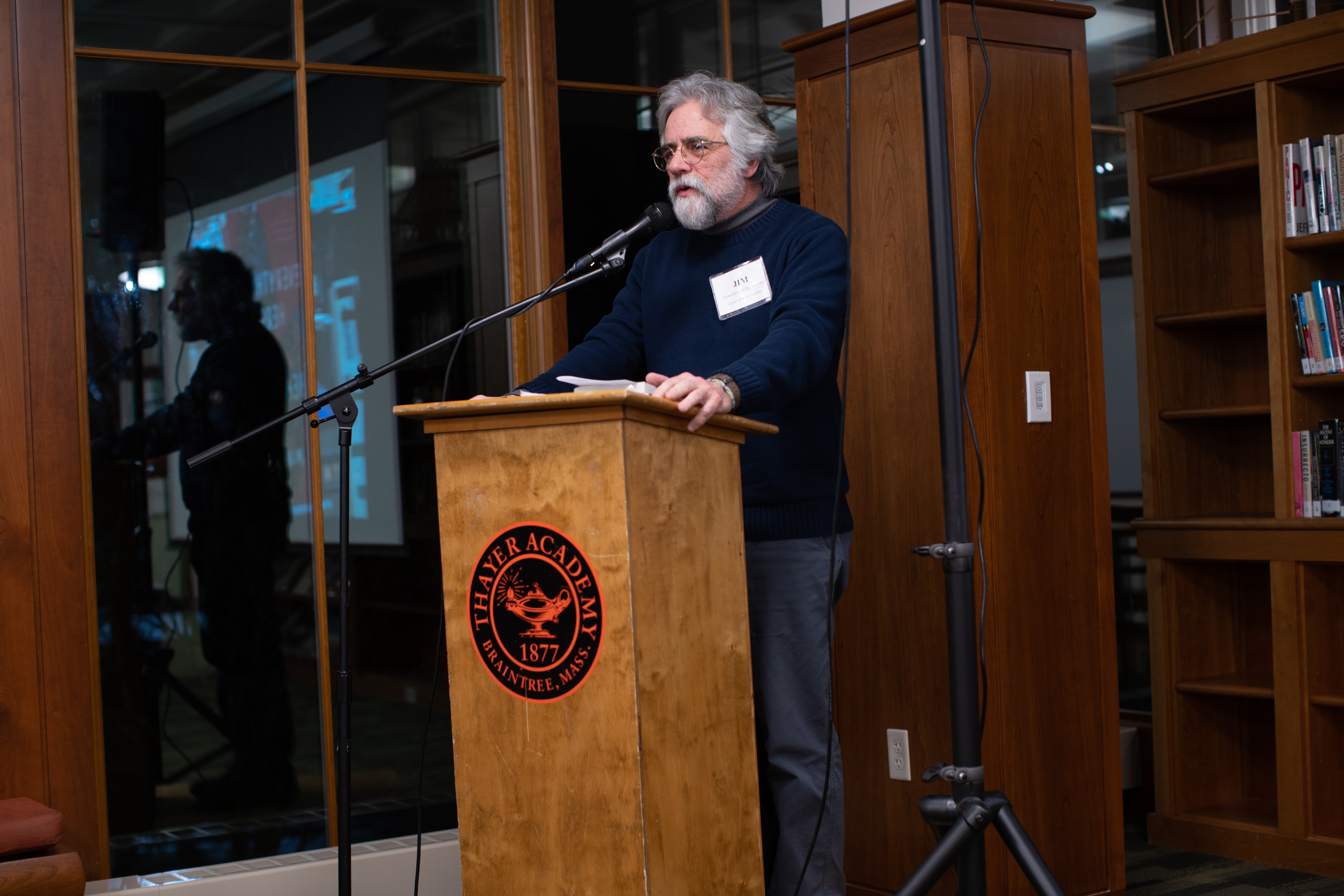