The 21st annual General's Council Reception was not only a great night to thank those who generously support Thayer Academy , but it was also a chance to showcase the tangible effects of that support.

Most importantly, it was a night to honor a man whose decades of contributions to the Academy have made his name synonymous with Thayer athletics.

For Valicenti, the French proverb was fitting, as he thanked those who made such a night possible, especially his wife and family. "I cannot express what this night means to me," he said.

Melissa Bayer Tearney P '14, chair of the Thayer Academy Board of Trustees, welcomed guests to the Sept. 12 reception. She thanked Van Whisnand '62, the former Thayer hockey captain and donor who launched the $1M Valicenti Rink Challenge, for spearheading the naming efforts. She also thanked the Flatley Family (whose initial donation of land made the South Athletic Campus possible); Edge Sports Group (who managed the construction of the facility under a long-term ground lease and will manage daily operations); fellow Trustee Michael Joe P '17, '20, whose countless hours of work made the sports center a reality; Braintree Mayor Joe Sullivan and the town for guidance on the project; and Head of School Ted Koskores '70 P '10, '13, who provided leadership on what was a complex undertaking.

"It is a tremendous honor for me to share with you the grand opening of the Thayer Sports Center," said Tearney.

Koskores called the grand opening "truly a special night" and said Whisnand "really drove the project forward with his generosity."

Athletic Director Rick Foresteire P '19, '21 called Valicenti "a legend in his profession" and noted his role as mentor to so many others.

Whisnand spoke from the heart but also had the best line of the night, poking fun at Thayer's many Quixotic attempts to build a rink over the years. "I was told there would be a rink by the time I was a senior," quipped Whisnand, "but I didn't think that meant 'senior citizen.'"

The night ended with words from Valicenti, who was visibly touched by the honor.
"Thank you not only for this rink but for all the memories you've shared with me," he said.

Located on the South Athletic Campus, the Thayer Sports center houses the Arthur T. Valicenti Rink with one and a half sheets of ice. The 86,000 square-foot sports center also has an indoor multi-sport playing field that will convert to four tennis courts in the spring, dedicated varsity locker rooms for Thayer's hockey teams, a concessions stand, a hospitality suite, and a host of other amenities. 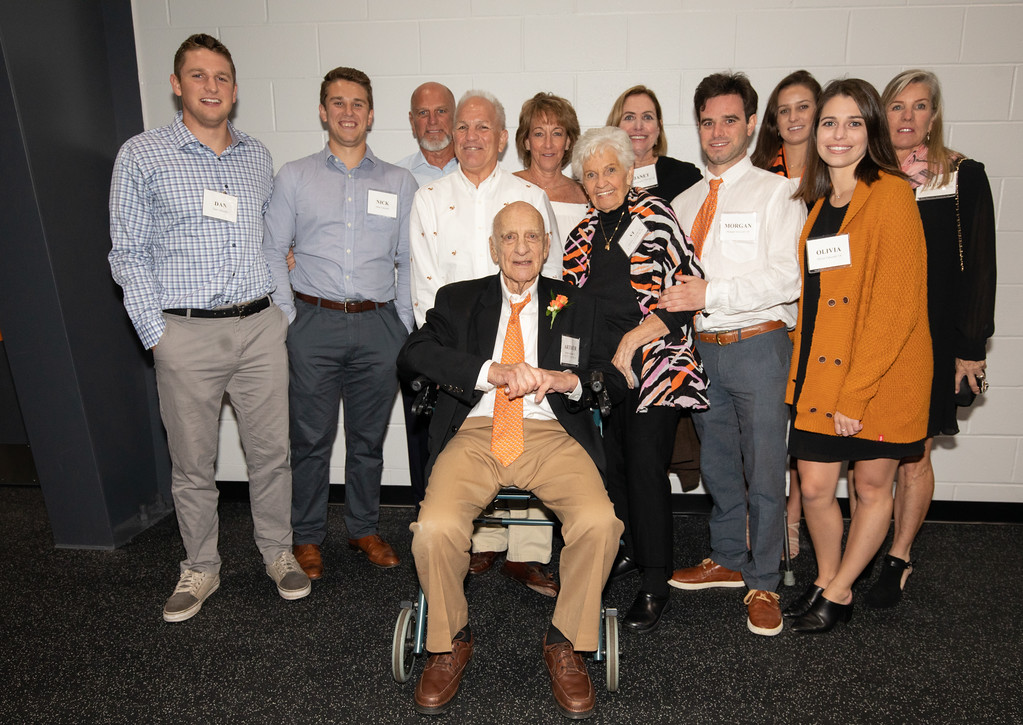 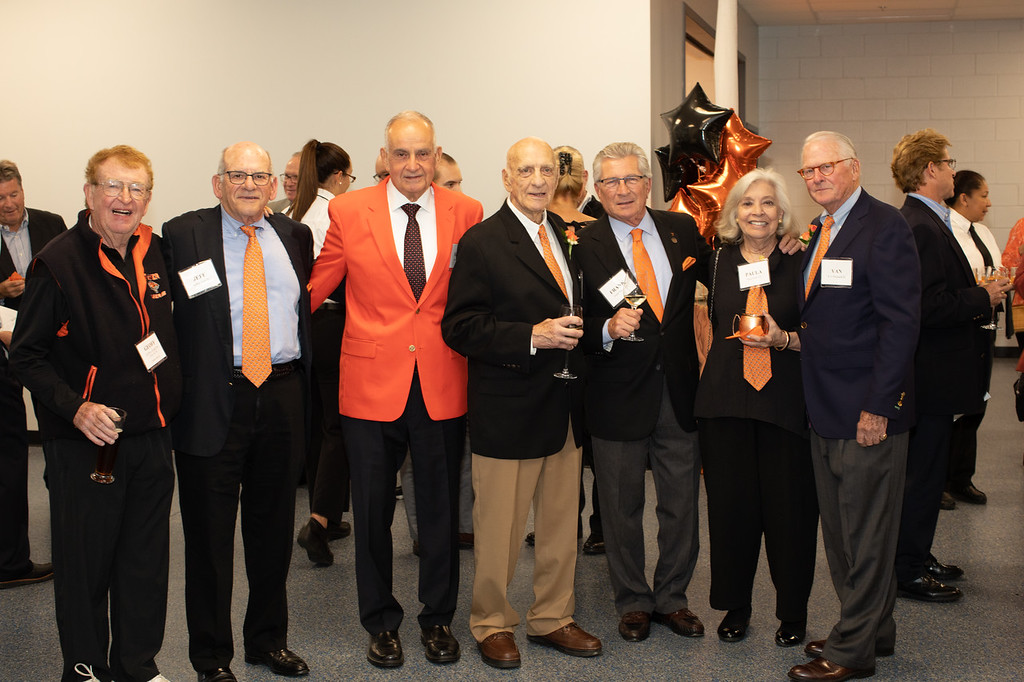 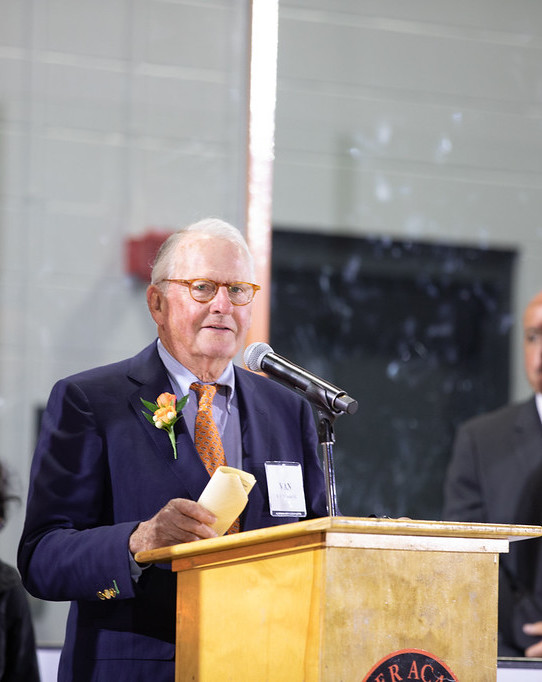 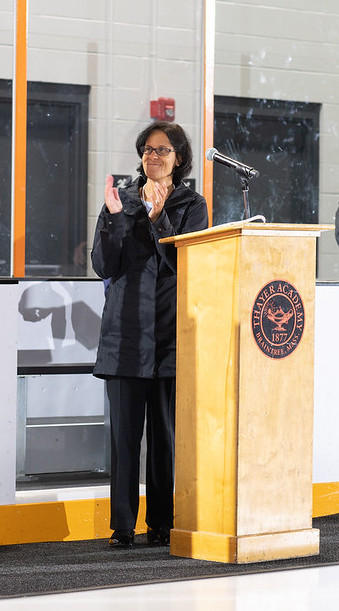 Melissa Bayer Tearney P '14, chair of the Thayer Academy Board of Trustees. 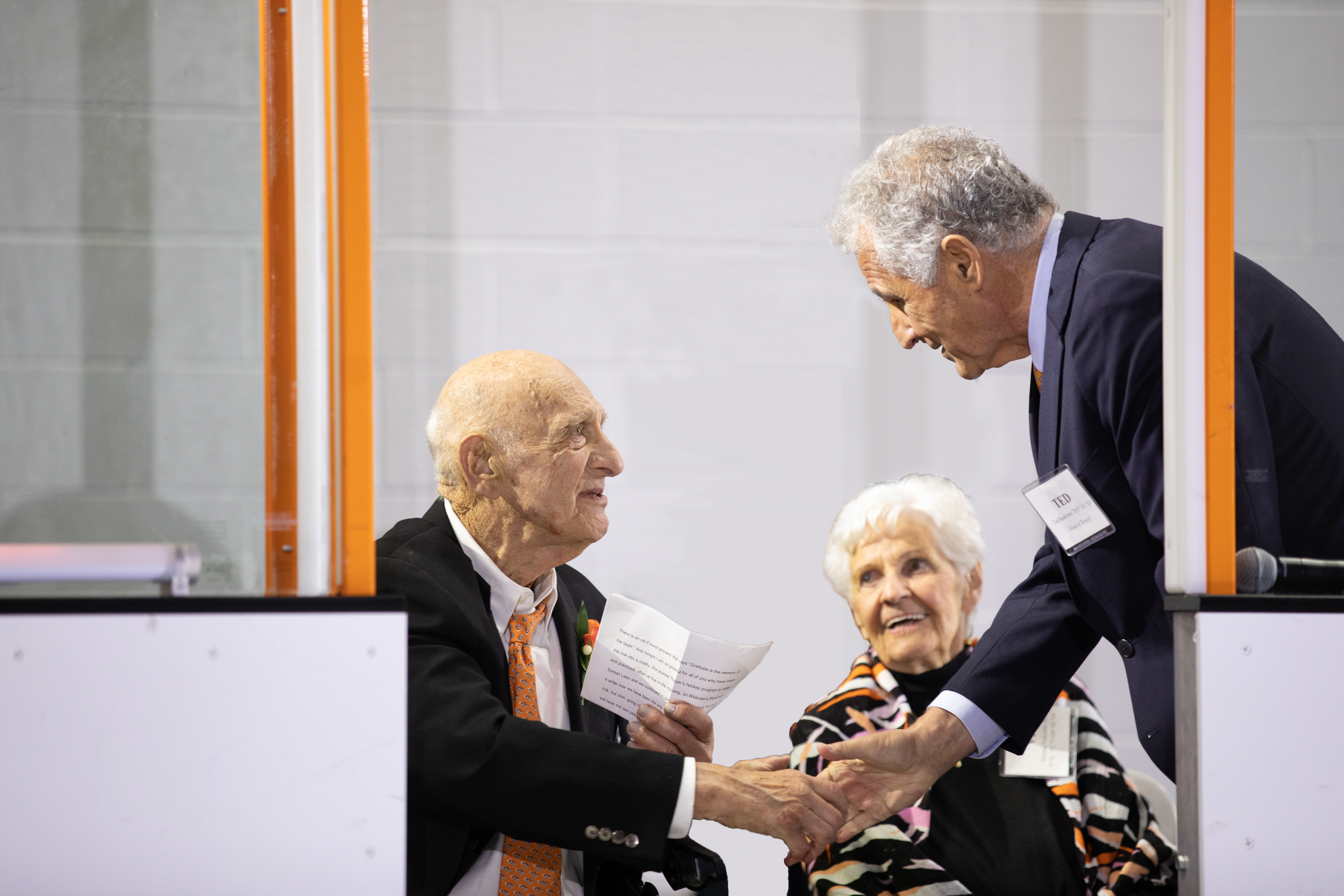