All fall, the Thayer Academy girls varsity soccer team made the kicks, the passes, and the saves.

On Nov. 6, however, they made history, defeating St. George's to become the first Thayer Academy girls soccer team to ever win the ISL Championship.

"2019 has been a season we will remember for the rest of our lives," said Head Coach Nick Rugnetta '07. "The girls on our team represent the soccer program and Thayer Academy to the highest level every single day, and they never take a day off. Winning the first ISL title in (Thayer) girls soccer history this year has been a fantastic reward for these young ladies who have given everything they possibly can to help their teammates and friends succeed."

In winning the title, the girls squad finishes the regular season at 13-2-1 overall and 10-1-1 in the ISL. On Nov. 9, the team will learn its seed (and opponent) for the Class A New England Tournament next week. The first-round game will take place Wednesday, Nov. 13; should the Tigers advance, the semifinals and finals would be held Nov. 16 and 17, respectively.

Rugnetta described his team as a hard-working bunch who never want to let each other down. Their success on the field and their friendships off it have "set the foundation for this program now and going forward."

And for this team, "forward" is defined as Wednesday.

"We are looking forward to competing in the Class A New England Tournament next week, and we are so proud to bring the ISL title home," said Rugnetta. "Go, Tigers!" 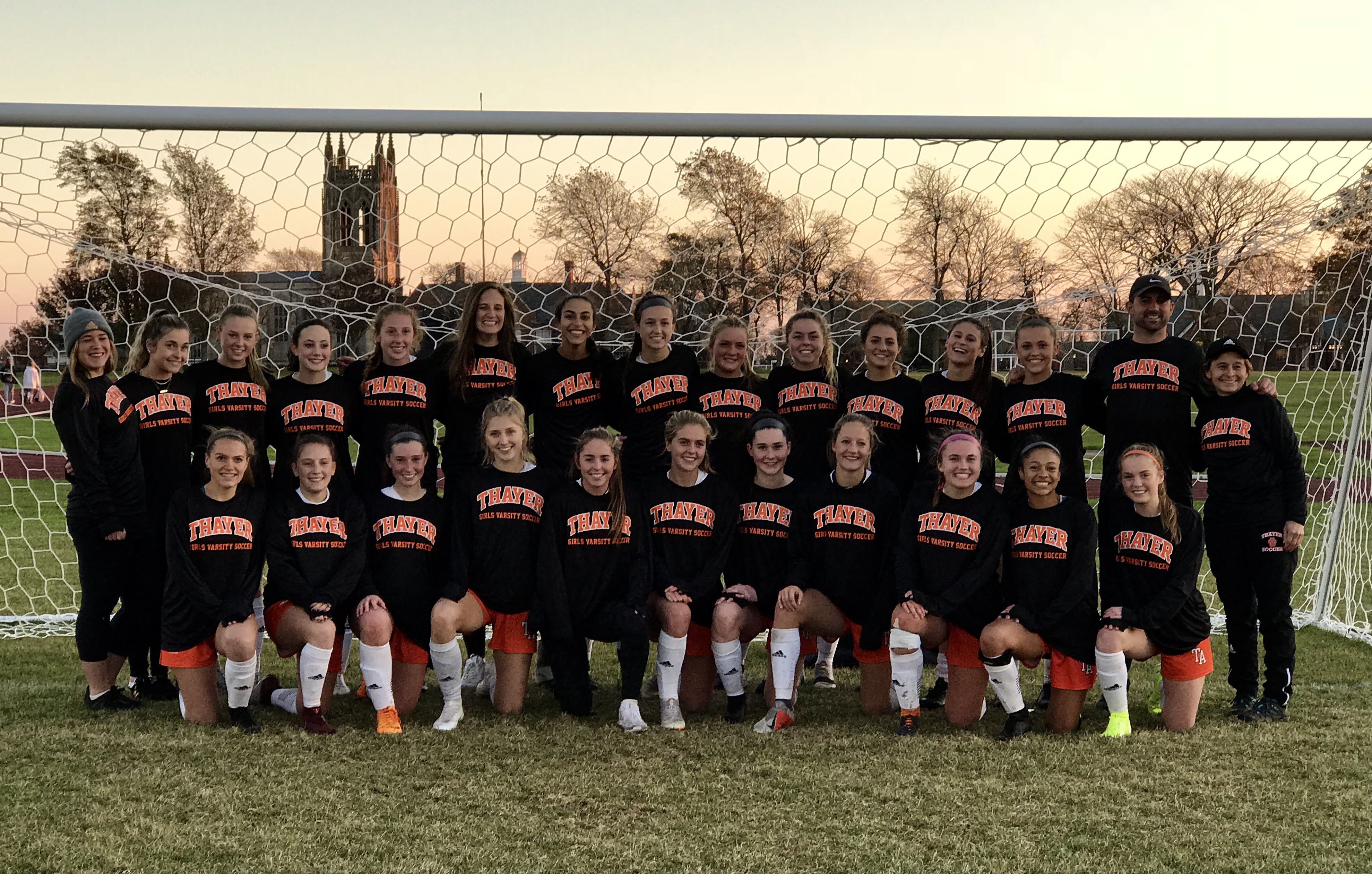 Thayer Academy girls varsity soccer players and coaches don their "2019 ISL Champions" shirts which they had made to commemorate the accomplishment.