Patience is a virtue.

"I present to you, after a 54-day wait, the great Class of 2020," Upper School Director Highley Thompson P '20, '23 announced at the end of the Academy's 143rd Commencement exercises. The belated ceremony was held July 31 on a campus front lawn especially plotted for the occasion as a physically distant but socially intimate grid.

Although Thayer seniors had already graduated after receiving their diplomas during this spring's virtual Conferral Day, COVID-19 concerns postponed traditional Commencement to the summer. The event itself observed conservative safety requirements including masks, physical distancing, and a limit of two guests per graduate.

In his welcoming remarks, Head of School Ted Koskores '70 P '10, '13 acknowledged this "most unique" graduation event while thanking the entire Thayer community for its perseverance and cohesion during a difficult time. He singled out the Class of 2020 for its display of character.

"You were the ones who led the way," said Koskores, who also noted the dedication of the Class of 2020 Walkway (from the Teardrop to the CFA) in honor of the graduates.

Koskores cited other Academy classes which had graduated during times of uncertainty — World War I, the 1918 Influenza Pandemic, the Great Depression, and World War II, to name a few — and said the Class of 2020 would rise to the occasion in similar fashion.

"We have faith in you," he told the graduates. "Like many of those who came before you, we trust that you will apply resolve and moral and civic purpose to meet the challenges of our age and move this nation — and our world — forward in ways that affirm the commitment to act in support of the health and rights of all who inhabit the world."

In keeping with Commencement tradition, Class Speaker Caitlin Caulfield '20 and Valedictorian Garner Thompson '20 addressed the enthusiastic crowd. In addition, Upper School Math and Computer Science Faculty Amanda Taylor, elected by the class as its Faculty Speaker, offered remarks typically given at Last Chapel (which was held virtually this year).

Caulfield expressed gratitude to see her class in person and urged them, in the spirit of the late Civil Rights icon John Lewis, to "make some noise" and "get in good trouble, necessary trouble." She recounted the journey the class had taken over the years and said those memories, not the difficulties caused by the COVID-19 pandemic, were what mattered most.

"Our experience was not defined by COVID-19," she said. "It was defined by each other, and all of the moments, small and large, that we were able to share at Thayer together."

Thompson, who playfully (yet accurately) addressed the Academy's Upper School director as "Dad," said his experiences as a chess player had taught him many valuable lessons to share with classmates. He told his fellow graduates to "respect the pawns," explaining that seemingly unimportant activities, such as hiking or a love of board games, can add up to something special. He advised them to "learn from the blunders" openly and honestly. Lastly, he urged them to "welcome the novelties," meaning those completely new situations in chess or in life that can become great opportunities for growth.

He also thanked family, friends, classmates, teachers, and staff for being there for him during his Thayer experience.

"I cannot express in words how grateful I am to have had you by my side for these last seven years," he said.

As for Taylor, she shared how her first year at Thayer coincided with the freshman year of the Class of 2020. "I have never known Thayer without you," she said.

She said that she had learned so much from the Class of 2020, including lessons on "how to do the right thing even if it's the hard thing," how to "find your people," how to "cheer for everyone," and how to "take charge of your own life." She told the class to take those lessons with them.

"I am so incredibly proud of the people you have become and look forward to hearing how you change the world in your own ways," Taylor said.

Thayer's 143rd Commencement ceremonies also included recognition of awards and prizes, something which had previously occurred during the virtual Last Chapel, and the singing of the alma mater. 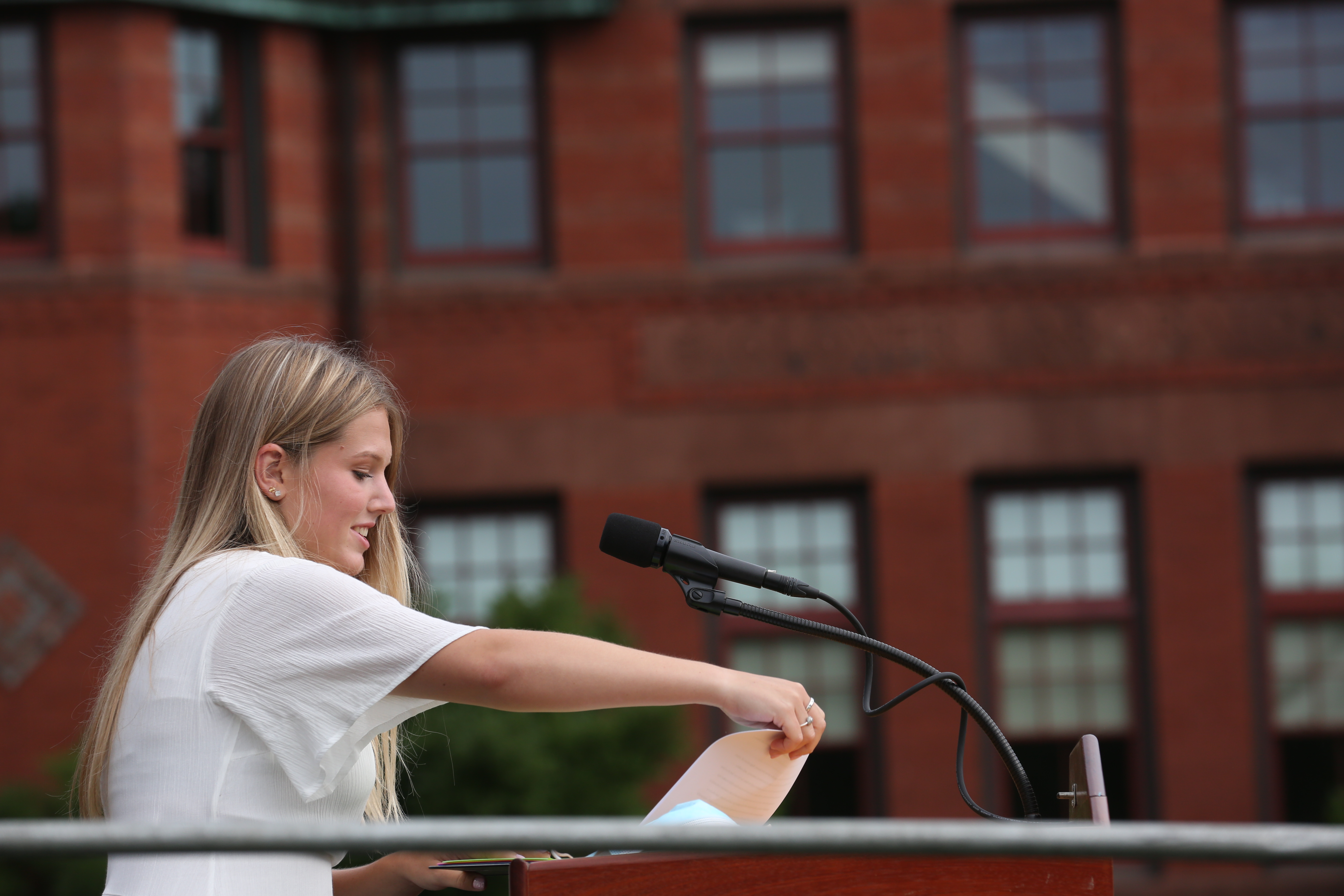 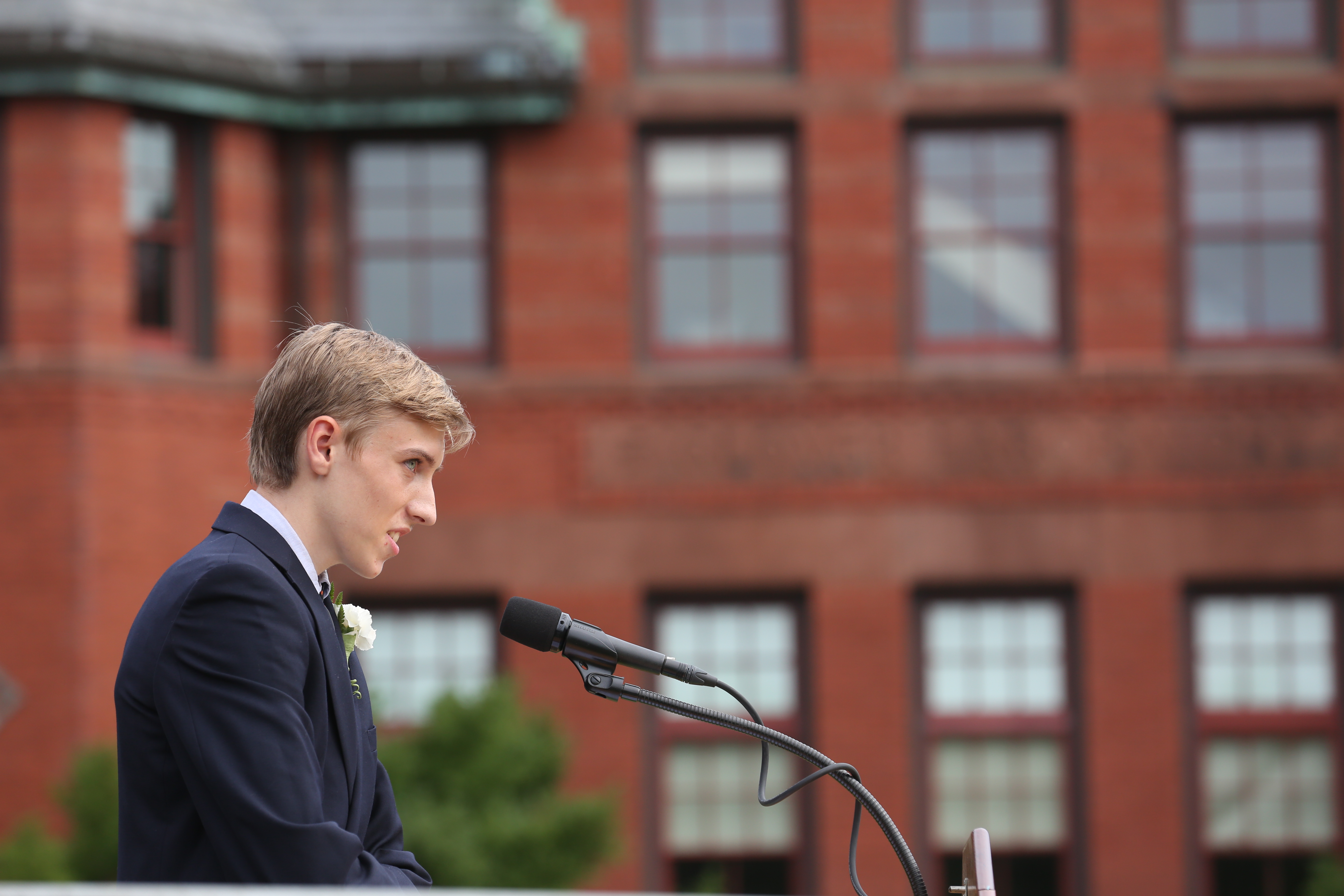 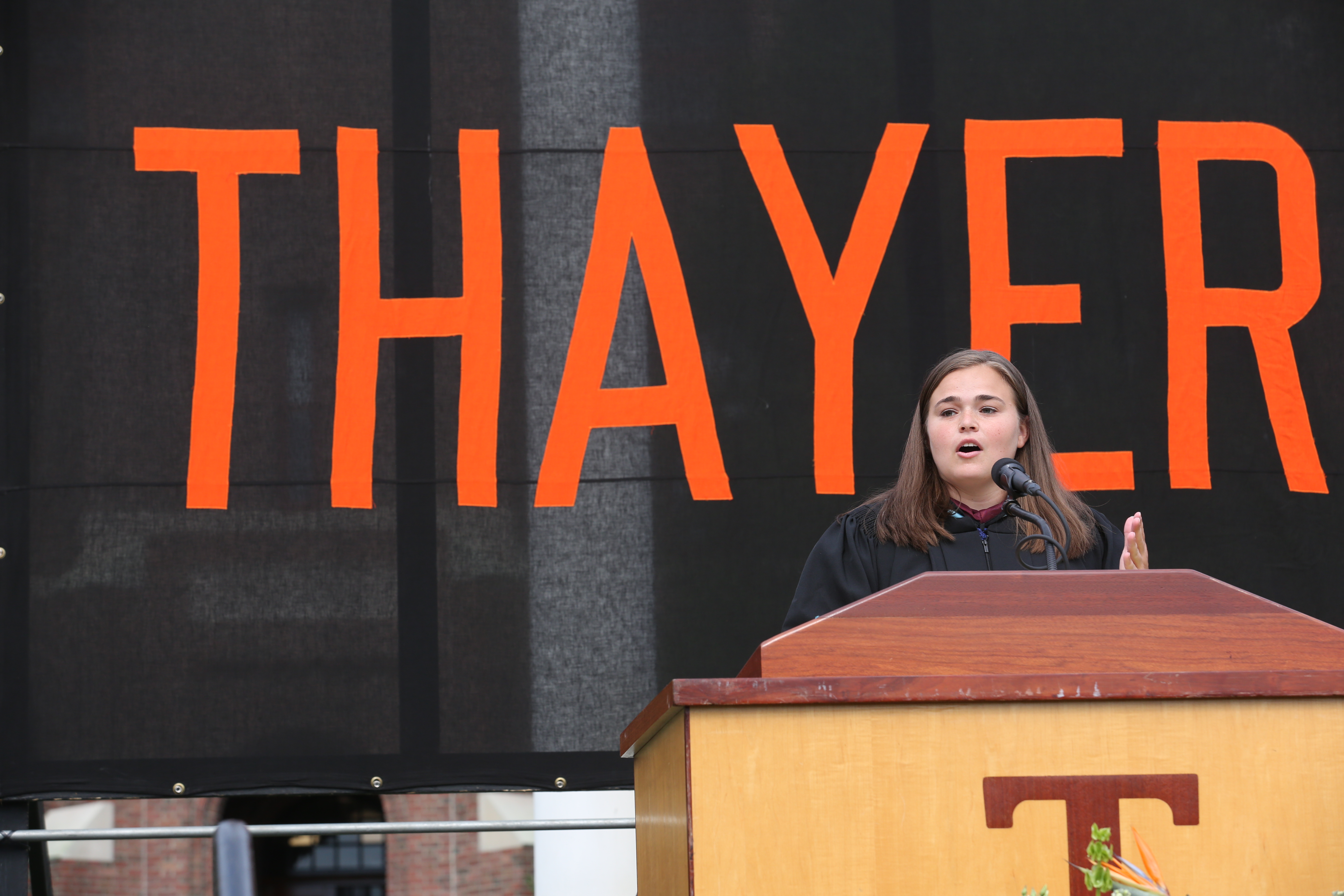 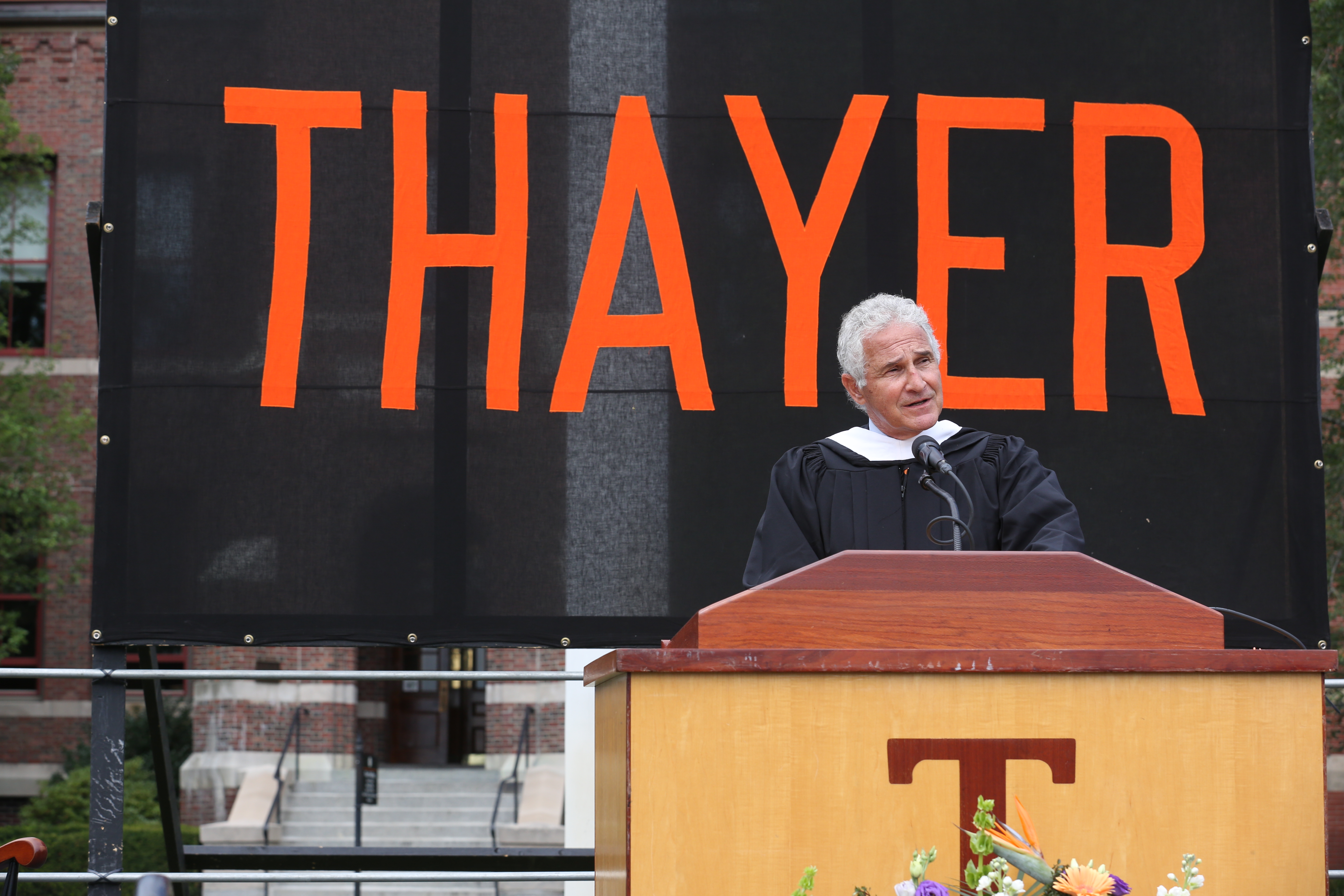