But De La Cruz, an attorney who recently became director of Equity for Sonoma County, California, reminded her fellow Zoom participants why such hard discussions need to take place.

"At the core of all these conversations," said De La Cruz, "is the love we have for this (Thayer) community and for what it means for these kids to go on, to do, and to be who they are."

De La Cruz, who also serves as a trustee on the Santa Cruz School Board, discussed how Sonoma County is working to embed equity in its response to both a series of unrelenting wildfires and the coronavirus outbreak, two events which disproportionately affect underserved communities in a region better known as "Wine Country."

"We're an agricultural community," said De La Cruz, adding that California itself is on the "bleeding edge" of a new climate reality. "The core of this community is farmworkers."

De La Cruz, the daughter of United Farm Workers (UFW) organizers who crisscrossed California and other states and worked with the likes of Cesar Chavez and Dolores Huerta, also discussed her personal story. She included her early years living with the migrant workers whom her family sought to organize as well as the somewhat circuitous route she took to a home in Milton and the frieze-covered hallways of Thayer Academy.

While acknowledging a culture shock and times of frustration, De La Cruz also noted times when the Thayer community, especially faculty members like King and Atkinson, made her feel "seen" and appreciated. De La Cruz also came to realize the unique story she had to tell.

"It really was this very alternative way of moving through the world," De La Cruz said of her family's experiences with the organizing in general and the UFW in particular, "and with that came a deep sense of pride in who we were."

A lacrosse standout, De La Cruz was inducted into Thayer Academy's Sports Hall of Fame in 2013. She continued her lacrosse career as an undergraduate at Yale University before earning her law degree from the University of California, Berkeley.

At one point in the online discussion De La Cruz addressed the "soul searching" currently underway as the nation comes to grips with increased calls for racial justice even as it battles a worldwide pandemic and the existential threat of climate change.

"That's the question of our time," she told participants. "How do we do better now that we know better?"

The Alumni House discussion, which began with a welcome from Head of School Ted Koskores '70 P '10, '13, ended with a spirited question-and-answer session. The entire event was lauded by both King and Atkinson.

"It's particularly gratifying to have a former student return to teach us something," said Atkinson. "Teachers always like that." 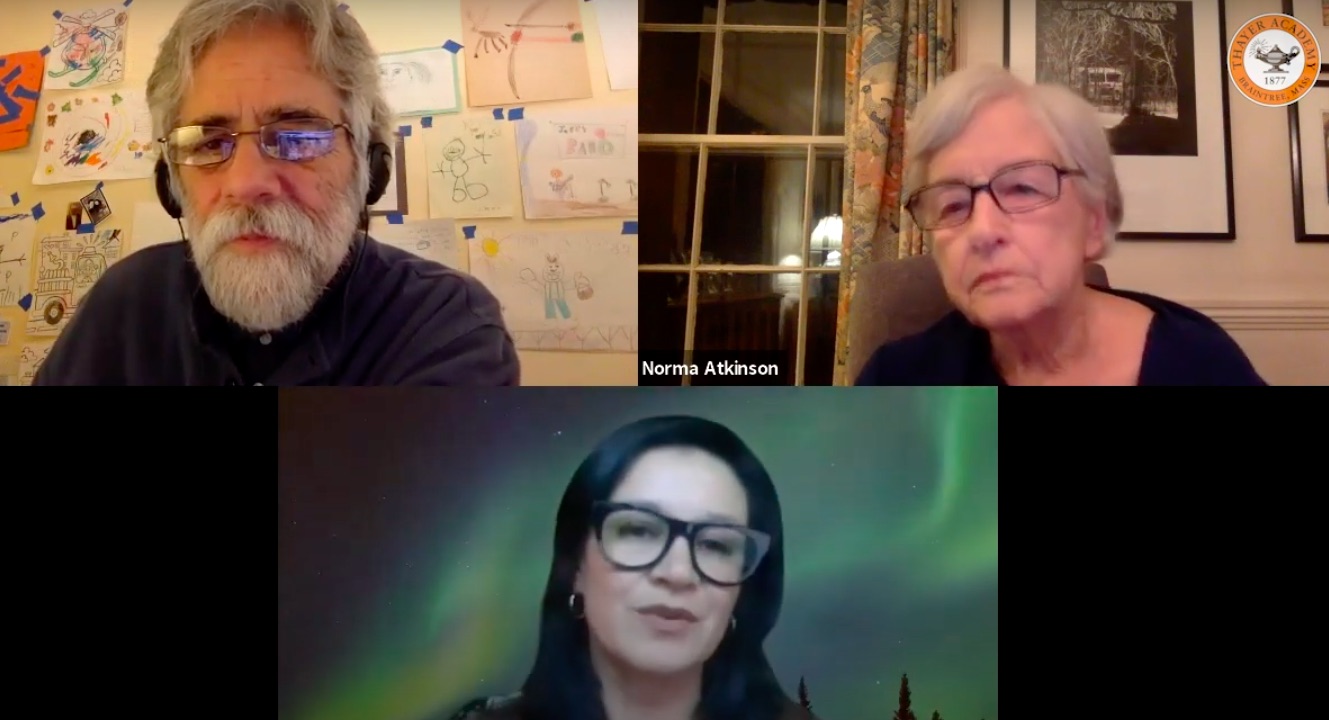