As part of 2019 Reunion Weekend activities, Thayer Academy honored four alumni at its annual Recognition Luncheon held May 4 in Cahall Dining Hall.
Thomas S. Volpe '69, Founder and Managing Member of Volpe Investments, LLC, a private equity firm based in Silicon Valley, California, earned the Academy's Achievement Award. Emily Gordon Spencer '99, who founded the nonprofit organization Heartillery Group to support U.S. service members overseas, received the Humanitarian Award. Judith M. Smith '74 was honored with the Loyalty Award for her years of dedication to Thayer, and Donald B. Badger III '98, a three-sport standout during his playing days, was this year's inductee into the Thayer Sports Hall of Fame.
Volpe, who has decades of experience in technology- and healthcare-focused venture capital, told the audience that surrounding oneself with great people is the secret to success. He added that Thayer Academy provided such an environment for him.
"What I could do with the rest of my life became bigger and broader," he said of his Thayer experience.
An accomplished student and athlete while at Thayer, Volpe said occasionally striking out on the baseball field taught him to deal with life's ups and downs, a vital skill in the world of venture capital. Today, Volpe sits on the Board of Minor League Baseball and owns three minor league baseball teams: the Stockton (CA) Ports; the Everett (WA) AquaSox; and the Delmarva (MD) Shorebirds.
Praised as a "multitasker extraordinaire" with a "can-do attitude," Gordon Spencer founded Heartillery Group in 2012 when her husband, then 2nd Lt. Scott Spencer, was deployed in Afghanistan and told her many service members did not receive cards, letters, or other messages of support. Today, Heartillery Group has sent roughly 1.5 million cards and 7,000 care packages to U.S. service members abroad. All 50 states have contributed notes of encouragement and thanks.
"This is truly an honor," said Gordon Spencer. "I am beyond humbled."
She told the crowd the success of Heartillery Group stems from many individuals — from friends and family to "soccer moms" and 4-H members — stepping up to help.
"Most people want to do the right thing," Gordon Spencer said. "They just need a little help."
Smith, who received her Loyalty Award amid cheers of "Go, Grammy!" and applause from several family members, said her love of Thayer just came naturally.
"This is a very special place," said Smith, the daughter of a Thayer alumnus and the youngest of three siblings to attend the Academy.
Head of School Ted Koskores '70 P '10, '13, who introduced all alumni recipients, called Smith "an unrelenting advocate of Thayer Academy" whose connection to the school is strong.
"It will come as no surprise that a Loyalty Award is going to a member of the Smith family," he said.
It also came as little surprise that Badger III earned his place in the Thayer Sports Hall of Fame alongside his father, longtime teacher and coach Donald B. Badger Jr. '63.
"Growing up, it was a dream to suit up in the black and orange for you," Badger told his dad, who was there with a host of friends and family.
The younger Badger excelled in football, wrestling, and baseball while at Thayer. A dominant offensive guard and linebacker, he played a key role in the 1996 ISL Championship team. He was twice named All-ISL first team and All-New England Class B first team. In wrestling, he amassed more than 100 career victories, captained his senior squad while winning the Graves Kelsey Tournament, and was named the Boston Globe's ISL Wrestler of the Year in 1998. As a power-hitting first baseman, Badger was a four-year starter on the varsity baseball team and a co-captain his senior year. He compiled a .347 career batting average.
Badger thanked those gathered and cited the lifelong friendships he's forged with classmates and coaches. "These I will carry with me always," he said.
In 1991, Thayer Academy established its Sports Hall of Fame to recognize the many Thayer alumni who have an outstanding history of balancing academics with high athletic achievement.
The Thayer Academy Alumni Association was founded in 1881, following the graduation of the Academy's first four-year class. 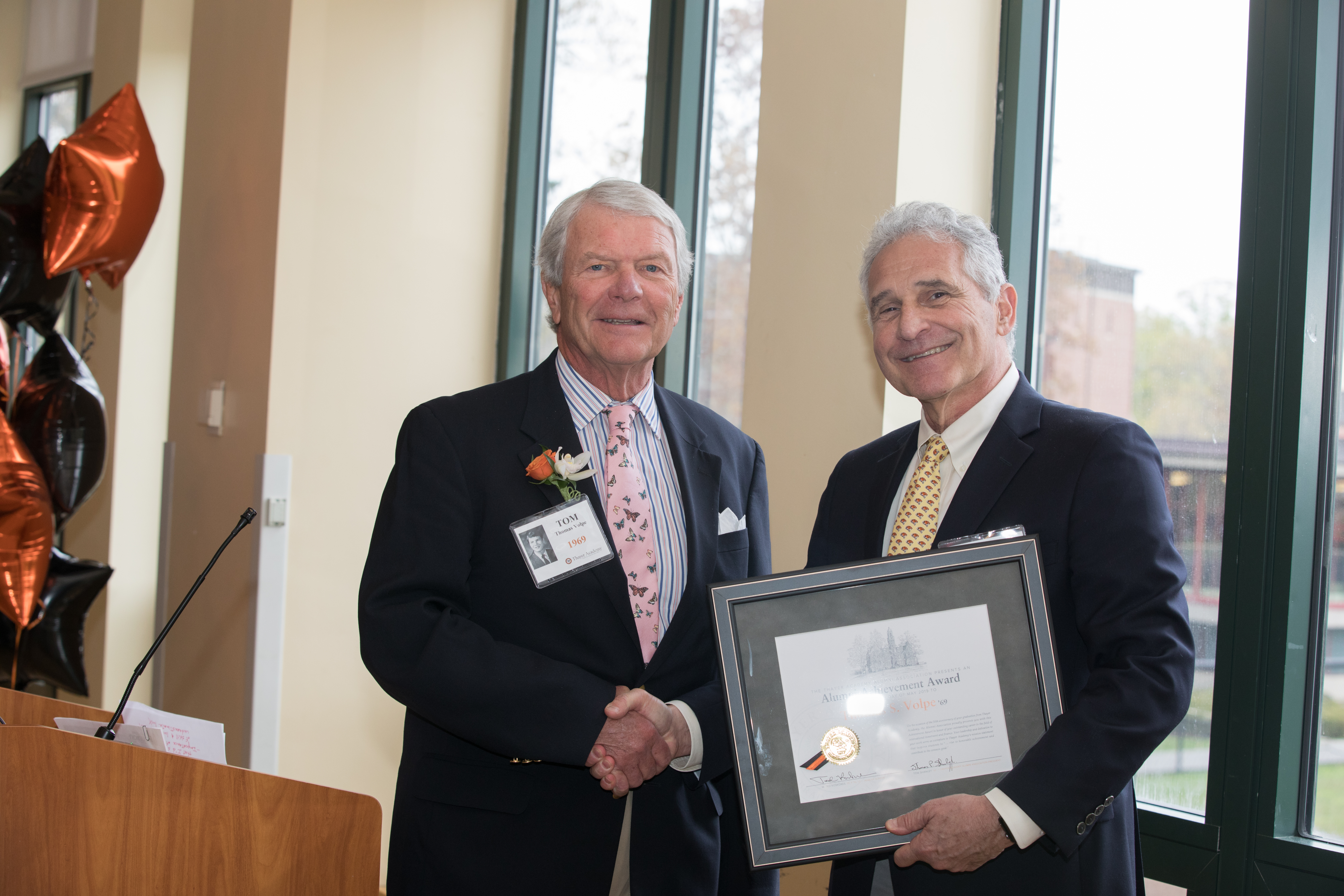 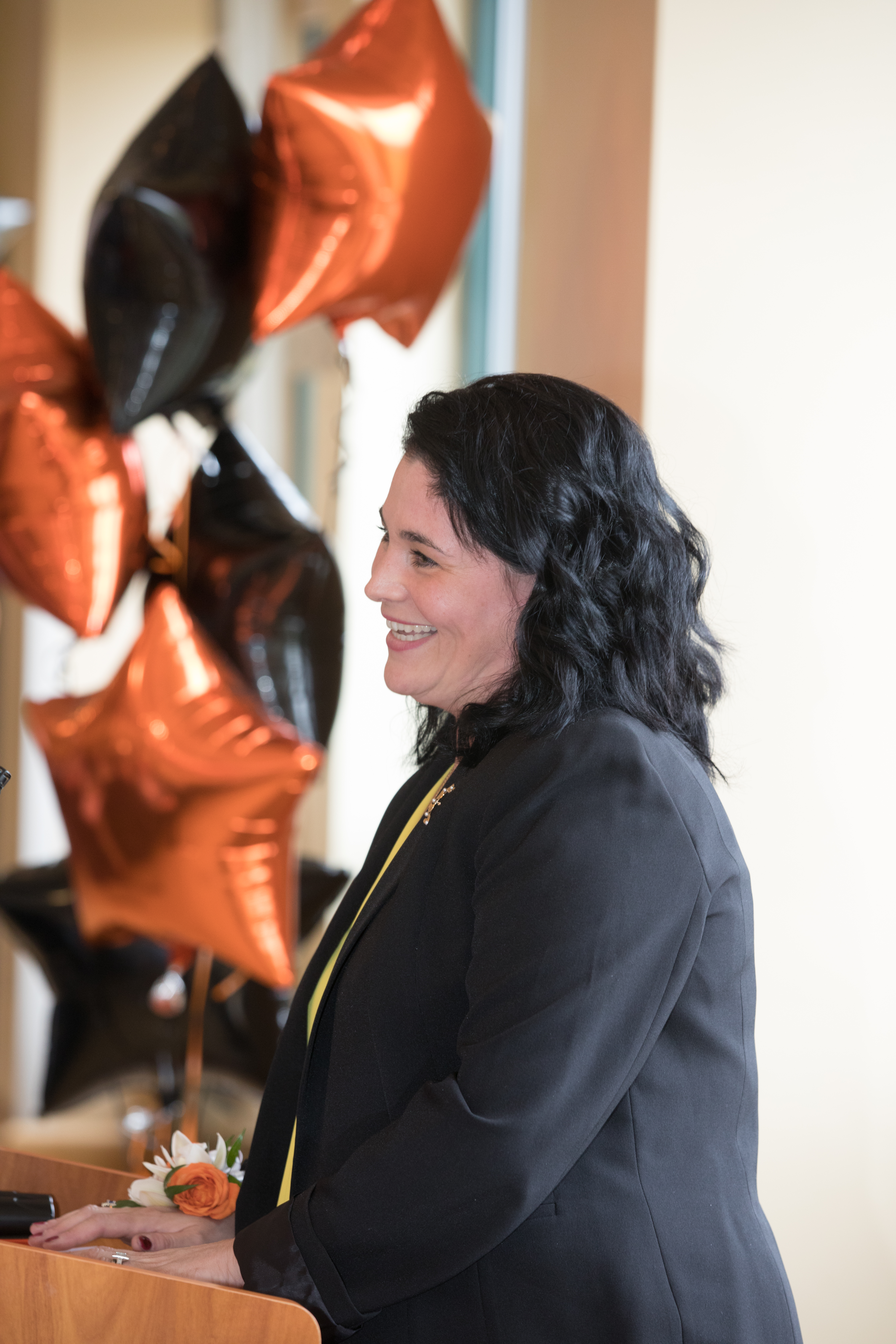 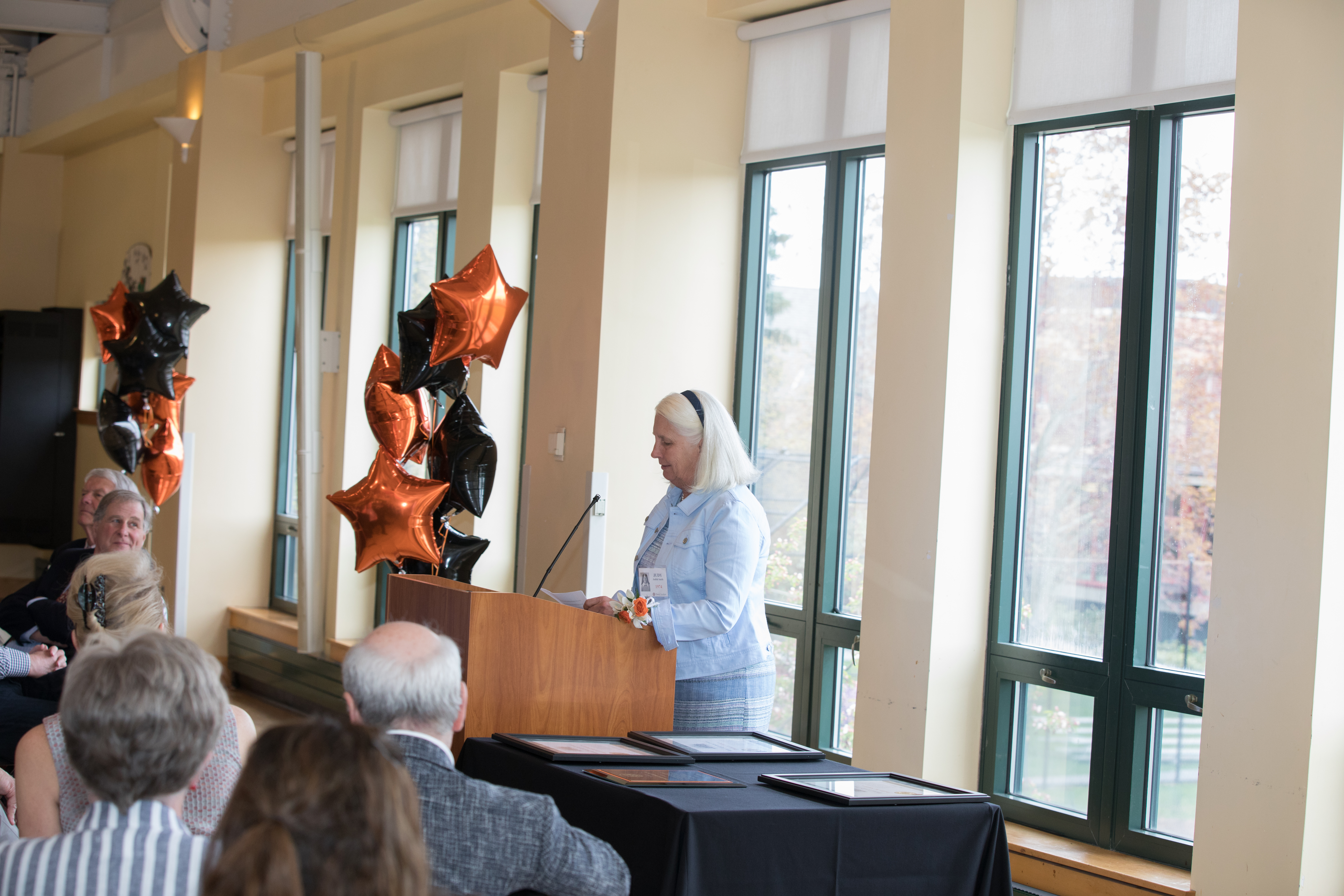 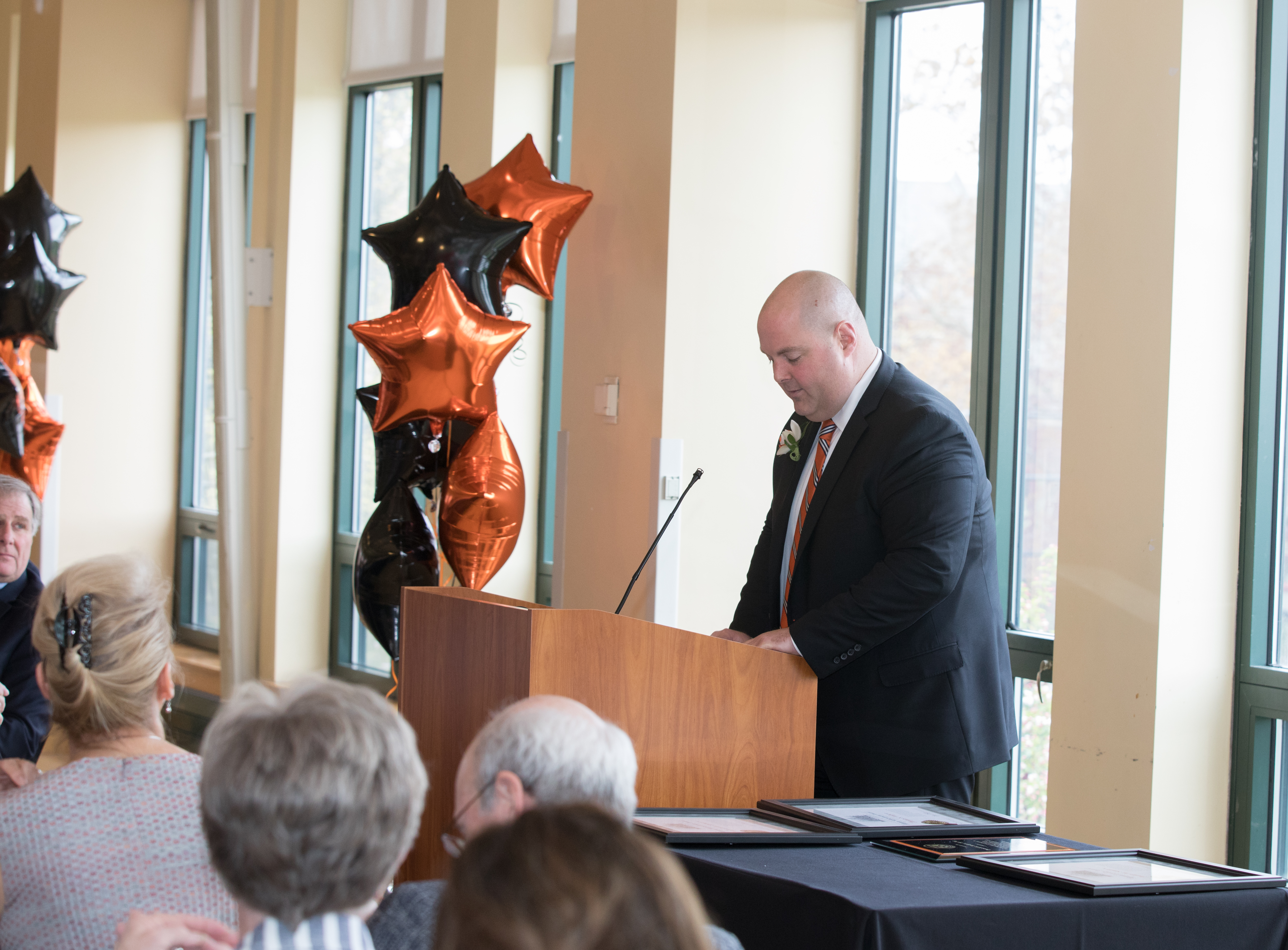