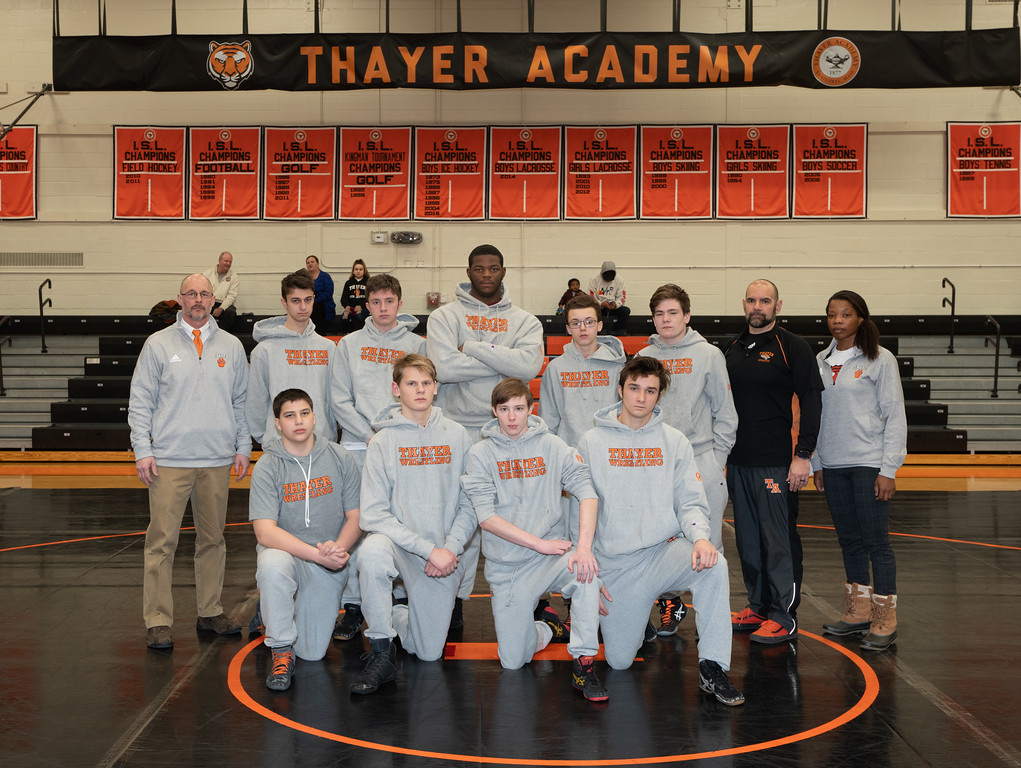 The Wrestling team had their third straight year of exponential improvement. Assistant Coaches Marc Rando & Joice Silva were instrumental in helping the wrestling team accomplish what they did this year. With a limited number of wrestlers, usually between 7-9 starters out of 14 weight classes each meet, the team won 11 matches this year. More wins that in the past 10 years combined and the most wins in a season in well over 15 years. The Team had over 140 overall individual wins and over 55 pins.

At the JV New England Tournament, we had 4 placed winners: Caleb Schuler placed 7th, Will Kourafas placed 3rd (also finished the year with 16 w’s- 3rd most on the team), Anthony Frank placed 2nd, and Samson Okunlola earned 1st place. At the year end banquet, Liam Carey was awarded the Rookie of the year award. Arjun Sohur finished the year at 14-0. 8th grader Ben Neilan placed 5th in the all middle school mass sectional tourney. Quinn Cashman had an exciting season w/19 wins (2nd most on the team) and as an unseeded wrestler placed 8th at the NE championships earning him the coveted All NE honor. Caleb Schuler had 11 wins this year, and had a dominating attack style on the mat, no matter who he wrestled. Ethan Wilson finished the year with 32 wins, smashing the school record. He also broke records for number of pins and wins for 3 year totals. At the ISL league tourney, he placed 2nd (earning him ISL All League). Ethan placed 7th at the New England Championships (earning him All-NE Honors for the 3rd year), was a National tournament qualifier for the 3rd year and was added to the national prep rankings at the number 18 spot in the country. Ethan is the first wrestler from TA to ever be nationally ranked.