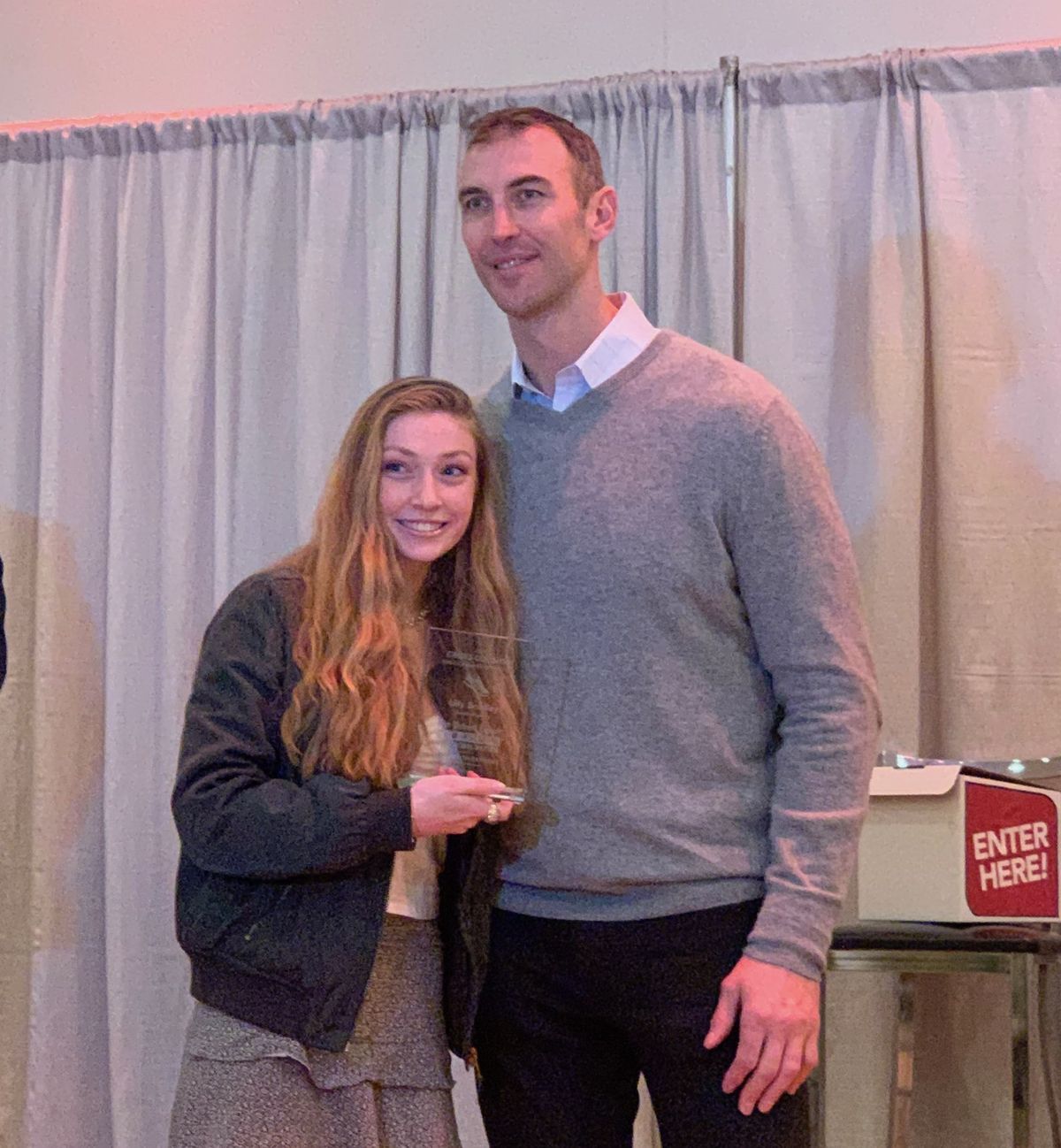 The Patriot Ledger recently named Lilly Bradley '21 its Cross Country Runner of the Year.
The award was presented Feb. 6 at the newspaper's annual Fall All-Scholastic Awards Night at Lombardo's in Randolph. Zdeno Chara, captain of the Boston Bruins, served as the event's keynote speaker and presented Bradley with her award.
One of this past fall's captains, Bradley led the girls varsity cross country squad to a storybook season as it won both the ISL and New England Prep School Division II Championships.
"This is quite an honor for her," said Head Coach Jeff Browne P '04, '05, adding that Bradley is only the second cross country runner from Thayer (Cassie Kearney '18 was the first) to earn this award. "Lilly had an amazing season, and this great honor caps it off nicely." 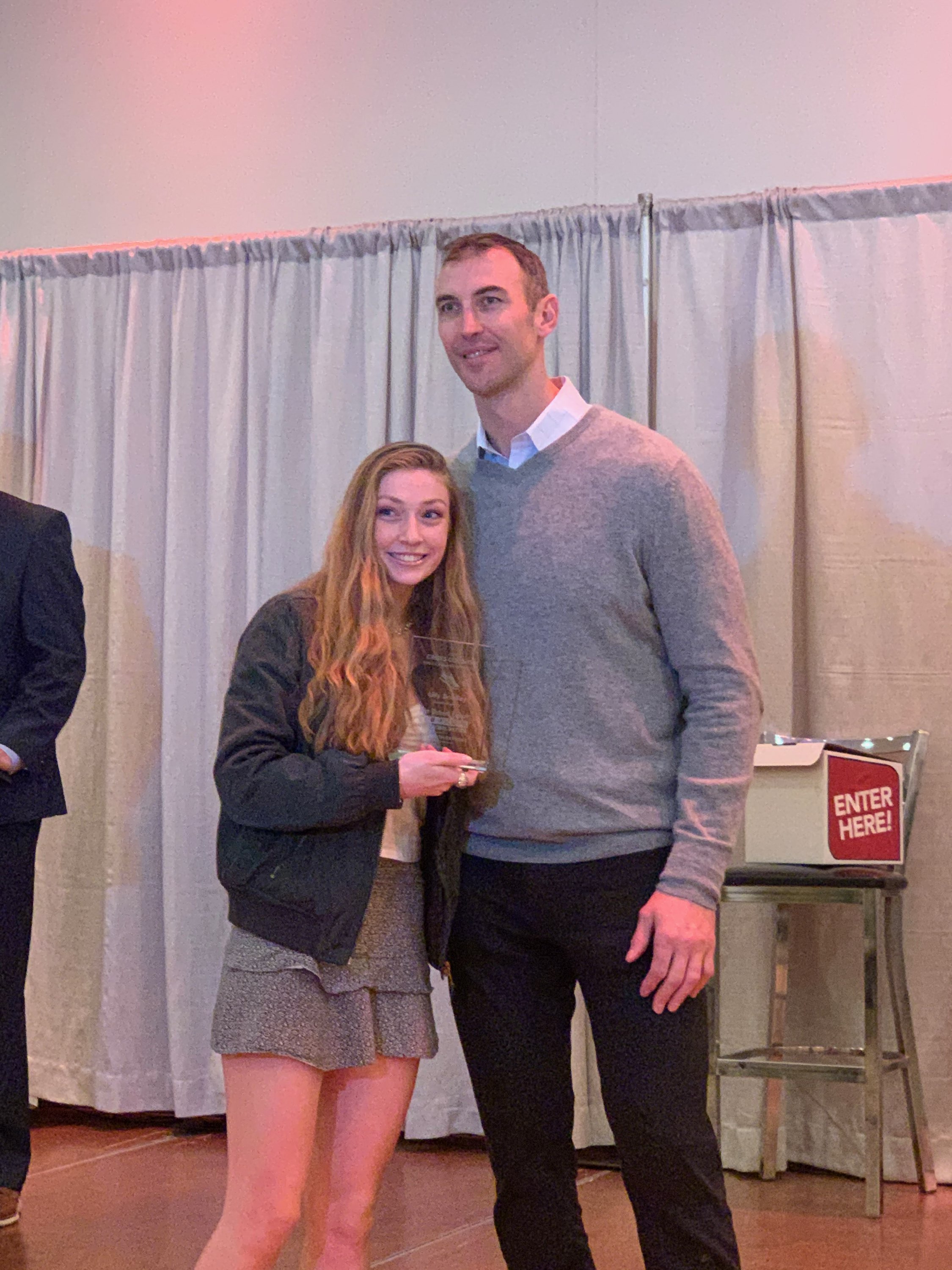 Lilly Bradley ‘21 receives her award as The Patriot Ledger Cross Country Runner of the Year from Zdeno Chara, captain of the Boston Bruins.