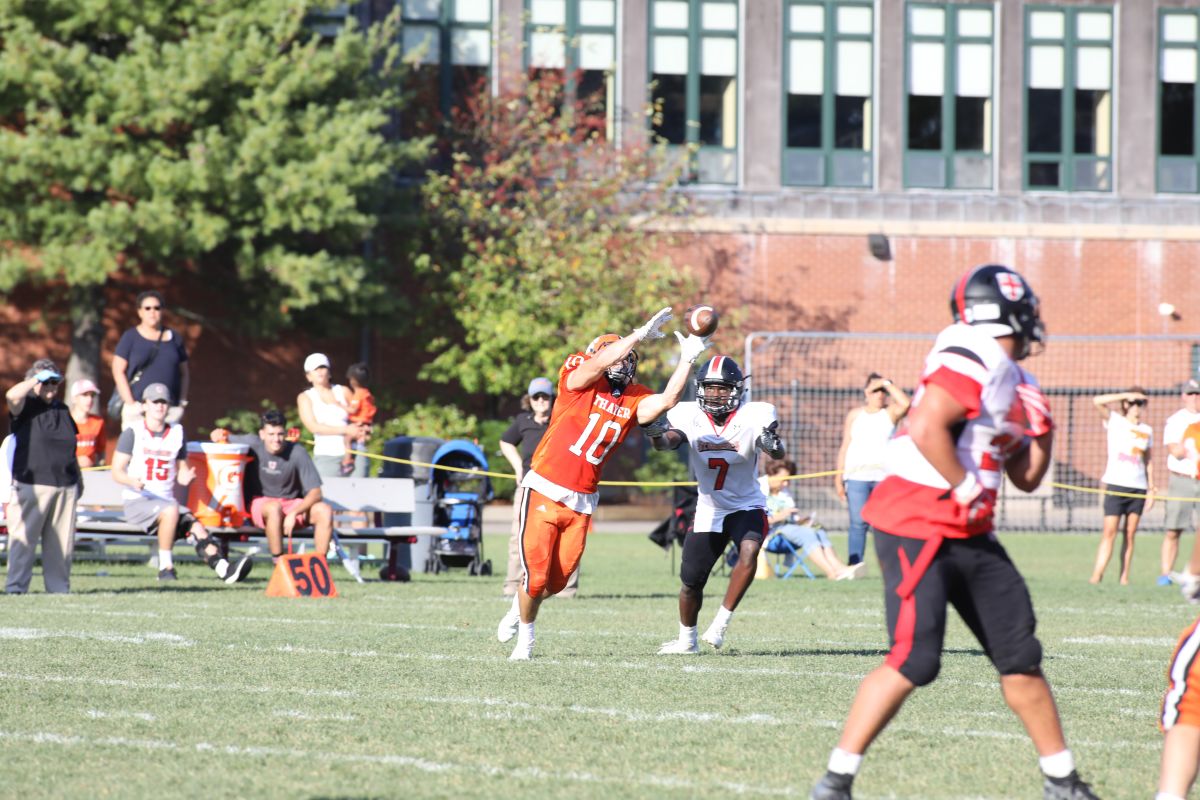 Thayer Academy's Jack Schneider '20 was recently named to the 45th annual Jack Grinold Eastern Massachusetts Chapter of the National Football Foundation Team.
The prestigious award recognizes student-athlete excellence on the football field, in the classroom, and within the community.
Thayer Head Football Coach Jeff Toussaint '82 congratulated Schneider on the award and for maintaining such a strong academic record throughout his high school career.
On the football field, Toussaint said, Schneider has the speed, strength, and ability to elude and defeat tacklers, which makes him a threat to score anytime he has the ball. He can catch the short pass, run the deep route, take a handoff, and return punts and kicks. On defense, Schneider is a hard-hitting, sure tackler with a knack for making big plays.
"He holds just about all of the school's receiving records," added the coach.
But what truly separates Schneider, said Toussaint, is his work ethic.
"What impresses me about Jack is his desire to get better every day," said Toussaint. "He is tireless in his extra work, running routes before and after practice. He sets a great example for his teammates."
A Patriot Ledger All-Scholastic and an ISL All-League selection, the wide receiver / defensive back captained the 2019 squad with Danya Abrams '20 and Myles Wilson '21.
Schneider will continue both his academic and football career this fall at Trinity College in Hartford, Connecticut.
For a link to the Boston Globe article on the selection, please click here. For a link to the Boston Herald article on the selection, please click here. 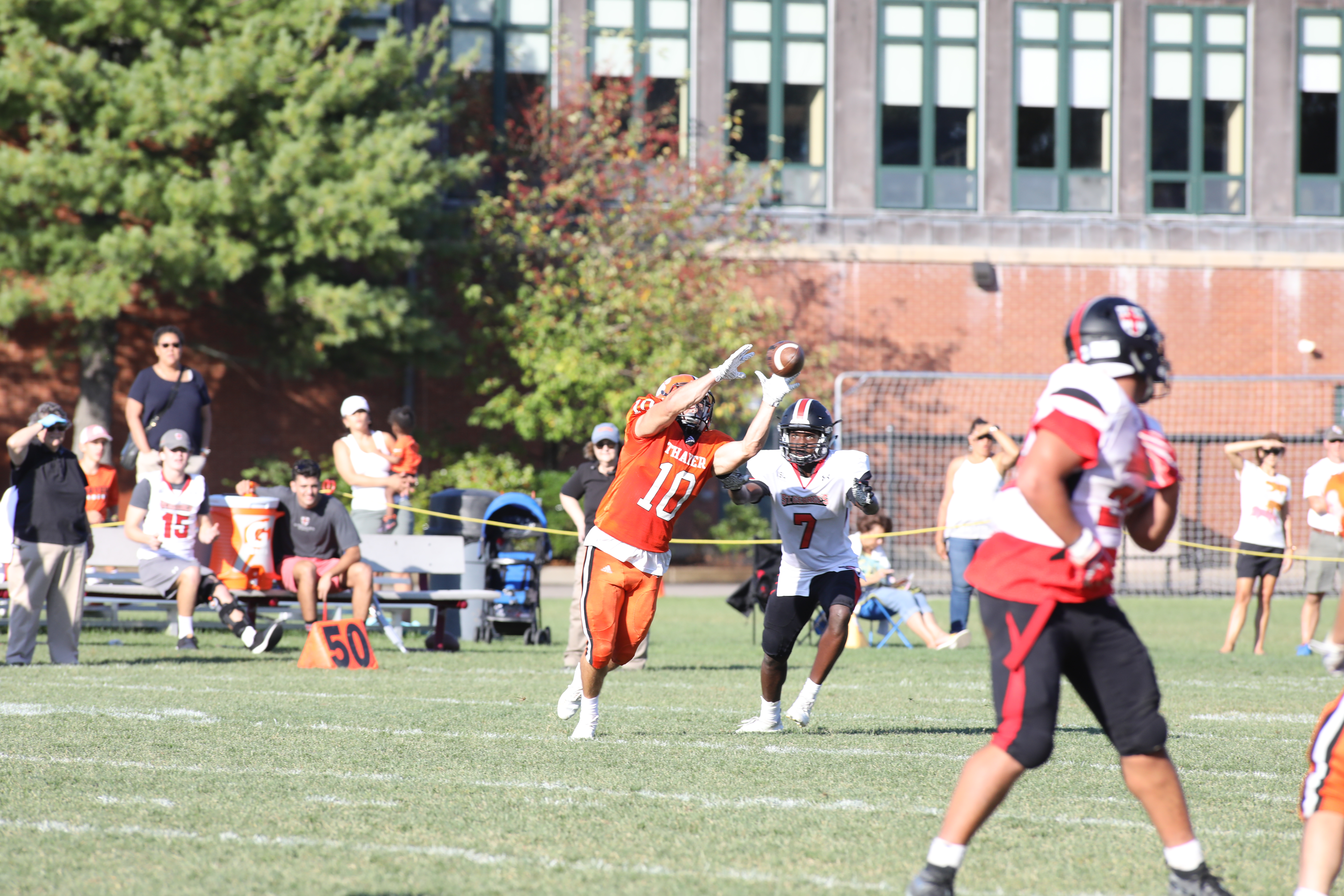 Jack Schneider '20 makes a catch this past fall. He holds many of the school's receiving records.